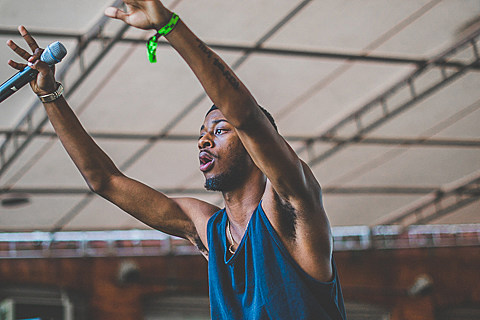 Last year, Virginia rapper GoldLink released the free album, The God Complex, and not long afterwards he followed it with the Kaytranada-produced single "Sober Thoughts." That song got the video treatment (dir. Shomi Patwary) last week, and you can watch below.

He also announced his first-ever headlining tour, which begins with two NYC shows in June. Those happen 6/9 at Rough Trade and 6/10 at SOB's. Tickets for Rough Trade go on sale Friday (4/10) at noon, and tickets for SOB's (same link) will be on sale soon.