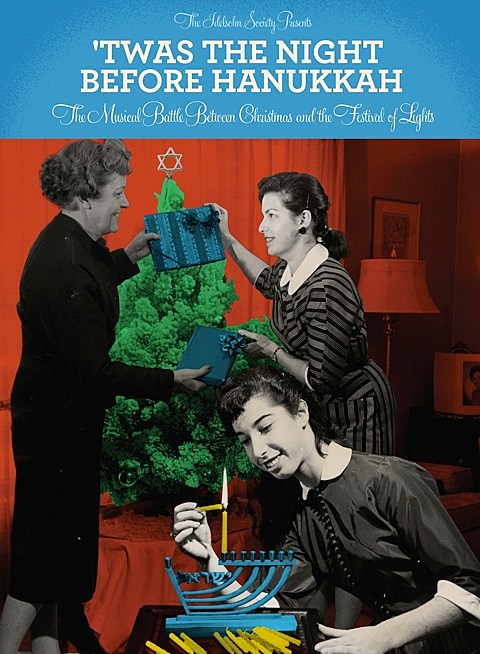 The holiday season is upon us and addition to Yo La Tengo's eight-night run of annual Hanukkah shows at Hoboken, NJ venue Maxwell's (12/8 - 12/15), there are a number of other Hanukkah celebrations, parties, and shows happening in the NYC area this December.

Klezmer punk band Golem play a Hannukah show at Cameo Gallery on December 8 with Smoota and The Schlep Sisters. Tickets for that show are on sale now.

The Schlep Sisters are also teaming up with Thirsty Girl Productions to present the sixth annual Menorah Horah! at Highline Ballroom on December 9. The Hannukah burlesque show will be hosted by Sherry Vine and tickets are on sale now.

92YTribeca is hosting a 'Beer + Latkes Hanukkah Celebration' on December 13. Tickets for that are on sale now.

BB King's will also host a Hanukkah celebration on December 25 (aka Christmas) with The Maccabeats, like they did last year. Tickets for that are on sale now.

City Winery will also have a Hanukkah-celebration-on-Christmas night with JEWMONGOUS's (aka Sean Altman of Rockapella) 'Xmas Night Comedy Songfest. Tickets for that show are on sale now.

In more Hanukkah news, The Idelsohn Society for Musical Preservation recently released 'Twas The Night Before Hanukkah: The Musical Battle Between Christmas and the Festival of Lights, a double disc compilation album with Hanukkah music on disc 1 and Christmas music recorded (or in some cases, written) by Jews. The album features tracks by Woody Guthrie, The Klezmatics, and more on the Hanukkah disc and Bob Dylan, Lou Reed, Ramones, Sammy Davis Jr. and more on the Christmas side. That's the cover art above and the tracklist is below. You can order the album HERE.

In more related news, Matisyahu released a new song called "Happy Hanukkah," which you can stream below. As mentioned, he brings his "Festival of Light" tour to NYC on December 15 at Terminal 5. Tickets for that show are still available.

'Twas The Night Before Hanukkah Tracklist: