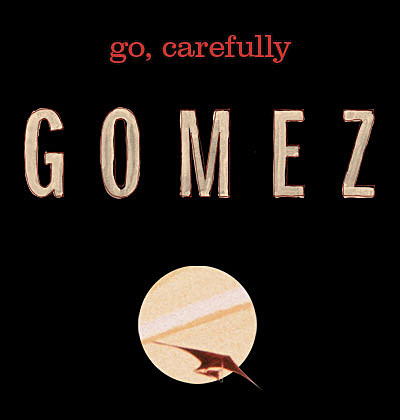 ATO Records is proud to announce that Gomez will be embarking on a string of spring US dates in support of their soon-to-be released sixth studio album "A New Tide." The band will kick off the tour at the South by Southwest Music Festival in Austin, TX, then head up the east coast to play a very special CD release show on March 31 at the Bowery Ballroom in New York City. Appearing on nearly half of the dates will be Josh Ritter, who will be performing with a full band...

...In celebration of the upcoming release, fans can get a taste of "A New Tide" via their official homepage. A free download of "Airstream Driver" is available now at gomeztheband.com. Set for release on March 31, the new album marks a return to the always-freewheeling British band's more experimental roots, with songs like "Win Park Slope" and "Airstream Driver" evincing a spirit born of boundless imagination and a longstanding collaborative relationship.

Tickets go on sale at noon for March 31st at Bowery Ballroom and April 3rd at Music Hall of Williamsburg.

Josh Ritter is not playing either of those NYC shows, but he is headlining Wellmont Theater in Jersey on April 4th (one day after Gomez's Brooklyn show). Tickets for that are now on presale, go on regular sale Saturday.