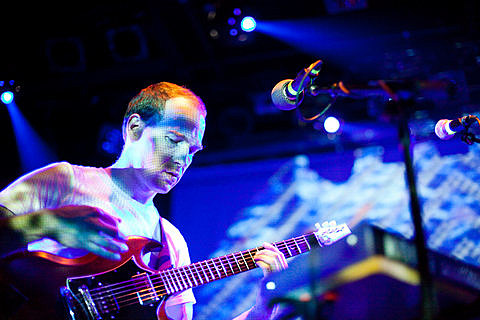 What is now being considered the full lineup for the ten-show, Converse-sponsored "Gone to Governors" series at Governors Island is almost complete (openers still TBA). There are ten shows total - seven of which are on Saturdays. One is on a Friday. Two are on Sundays (one of which is July 4th). All except Local Natives on August 7th are free.

The doors are at 6pm, show at 8pm for all shows (except for the afternoon She & Him show, which has doors at noon, show at 4pm). I originally thought there would be shows every Saturday, but I'm told this is it (for now anyway).
http://www.brooklynvegan.com/archives/2010/06/dr_dog_governor.html
Ferry service to Governors Island for the "Gone to Governors" shows is free. As previously reported the series is being co-produced by Bowery Presents, Highline Ballroom and Mad Dog Presents with Converse and event partner Water Taxi Beach. BrooklynVegan is the media sponsor.

The shows will be held at the Beach at Governors Island, one of three venues on the Island. The others are Colonel Row (where Passion Pit will be playing, for instance) and South Island Field (which'll host M.I.A./HARD NYC). Michael Franti & Spearhead w/ Trombone Shorty kicks off the season of pay-shows at the Island with a Thursday, June 3rd performance there.

The Morning Benders will headline the second show in the series on June 19th, and they just released new song "Go Grab A Stranger," a Big Echo b-side currently available as a limited tour 7", streaming below. A remix of their song "Cold War" by Oakland act Wallpaper is available above.

"Go Grab A Stranger" and more info on the Gov. Island shows are below...

---
Go Grab A Stranger by themorningbenders
--

All shows on The Beach on Governors Island will be held rain-or-shine. Beer, liquor, non-alcoholic drinks and food will be available for purchase. For more information about the ferry schedule, the series, artists and performances, general restrictions and rules and the latest updates and additions to the lineup, visit The Beach at Governors Island website at www.thebeachconcerts.com.

All concerts are accessible via New York Water Taxi. The Water Taxi's will leave every 15 minutes from the Battery Maritime Building Slip 5 on the Southern Tip of Manhattan, located next to the Staten Island Ferry Terminal. The first ferry will leave at the published show door time. Additional pickup locations may be added.

The closest subway stations to the Battery Maritime Building are: 1 at South Ferry, W at South Ferry, and 5 at Bowling Green. It is also a short walk from the Wall Street Area.

Taxis and car may pull directly in front of the terminal for drop offs only. There is NO parking at the terminal.

Your Concert Ticket is your Roundtrip Ferry Pass, no additional tickets are needed.

See individual show pages for ferry times and schedules, as they are subject to change.