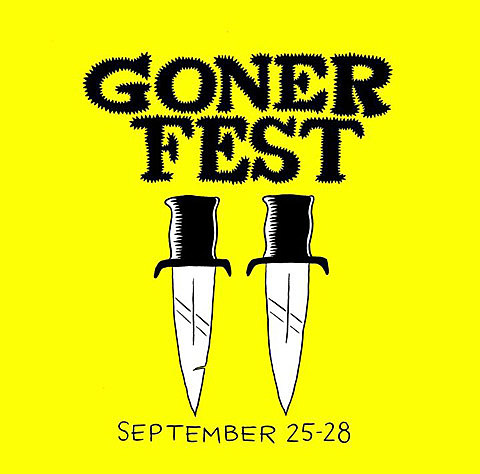 As mentioned, Australian bands Ausmuteants and The Stevens were both recently added to the lineup of Gonerfest 11 which happens September 24 - 28 in Memphis, TN. There have been a lot of additions since we dedicated a post to Gonerfest, including Protomartyr, Paul Collins Beat, Warm Soda, Deaf Wish, and Scott & Charlene's Wedding in addition to such previously announced acts as The Grifters, The Gizmos, Len Bright Combo, Spray Paint, Audacity and more. Tickets are still available.

Those in NYC not traveling to Gonerfest can see The Grifters, Ausmuteants, The Stevens and more here in NYC around the fest. Specific daily Gonerfest 11 schedule can be found here, and the full list of bands playing is below... 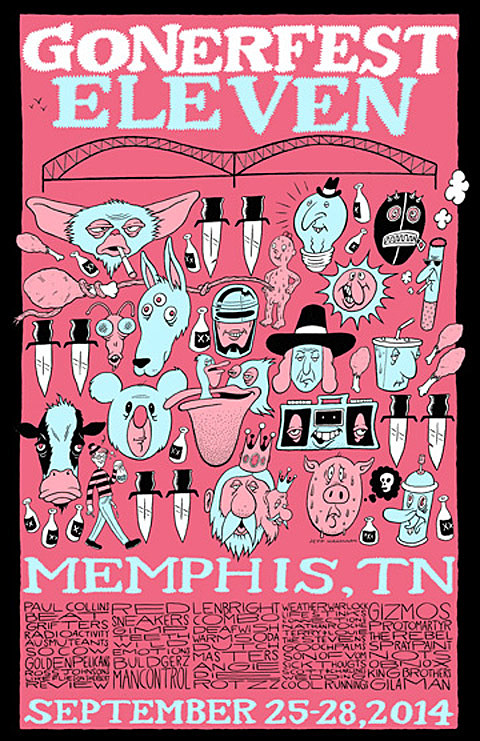