Grifters back in the day... 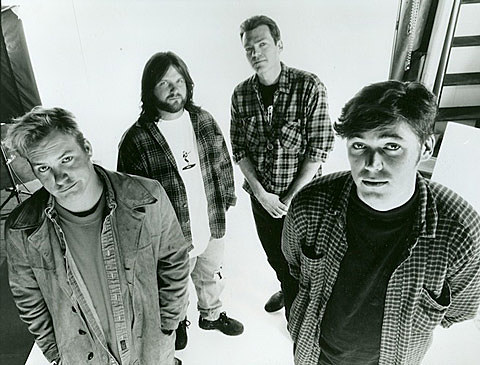 Gonerfest is back for an eleventh year, happening at various venues in Memphis from September 25 - 28. The initial lineup was just announced and features a reunion from '90s Memphis indie rockers Grifters, plus reformations from late-'70s Indiana cult act The Gizmos, and Len Bright Combo, the group which featured Wreckless Eric as well as Bruce Brand & Russ Wilkins from The Milkshakes. Also playing are The Rebel (aka Ben Waller from Country Teasers), New Zealand's Cool Runnings, Ireland's So Cow, Austin's Spray Paint and Radioactivity, and more. The Gonerfest Golden Pass is on sale now which gets you into all the events.

Grifters reformed for a one-off show last year, let's hope this means more shows from them -- they were one of the more under-appreciated bands of the '90s. If unfamiliar, catch up via Spotify. Full Gonerfest 11 initial lineup below...