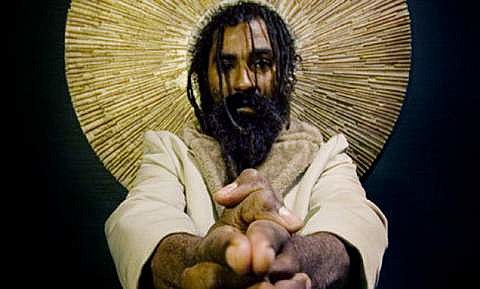 Gonjasufi released his excellent debut, A Sufi and a Killer, back in 2010 on Warp -- an album of shapeshifting psychedelic soul with production from The Gaslamp Killer and Flying Lotus. He's since followed that with a remix album, a new EP, and most recently the mini album, MU.ZZ.LE, which came out in January of this year. Gonjasufi handled some of the production himself this time around (along with Psychopop) and though having FlyLo and Gaslamp Killer behind the boards is a huge great, Gonjasufi shows that he's got studio chops as well. MU.ZZ.LE is equally weird, lo-fi, and tasteful as his debut. You can stream the entire thing below.

Gonjasufi will be in NYC for a show at Cameo Gallery on September 24. Tickets for that show are on sale now. It's his only announced date at the moment.