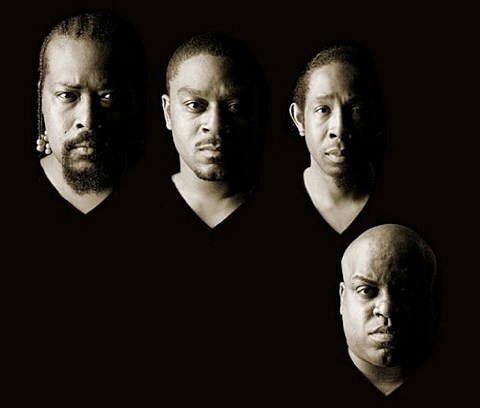 Atlanta hip hop legends Goodie Mob (Cee-Lo Green, Khujo, T-Mo, and Big Gipp), whose last trip to Brooklyn was part of a big show at Barclays Center, will be returning to the borough on their summer tour for a much smaller show happening on August 25 at Brooklyn Bowl. Support at that show comes from Drop City Yacht Club. Tickets to BBowl go on sale Monday (7/29) at noon. All tour dates are listed, along with the flyer for that show, below.

When we last spoke, Goodie Mob were saying their new album, Age Against the Machine, would be out on June 18. That didn't happen, but now they're saying it will be out August 27.

All dates are listed, along with a classic Goodie Mob video, below... 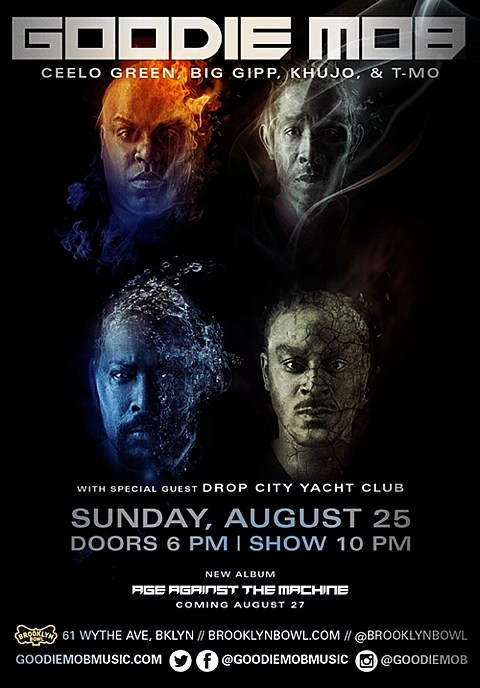