people waiting to get in Sunday morning (via) 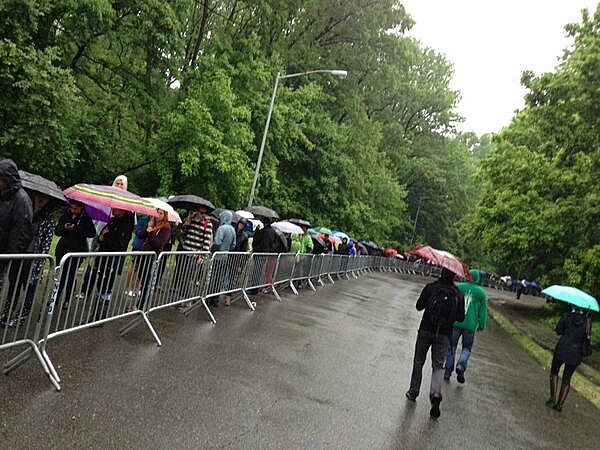 They really thought they were going to open today. They even announced that more tickets were being released today and that James Murphy, following in Sharon Jones's footsteps, had cancelled his performance today due to a family emergency. But the rain has won, and the second day of the 2nd GoogaMooga is now officially CANCELLED. The people pictured above waiting to get in today are probably especially upset.

All Sunday VIP ticket purchases will be refunded in full.

Stay tuned for our pictures from Friday and Saturday, coming soon. Meanwhile watch a channel 12 video report that was filmed in the park early Saturday (it claims GoogaMooga will be back "bigger and better in 2014"), and a video of the Flaming Lips playing "You Lust" on Friday (you can hear people screaming "Vaseline, Vaseline!"), below...