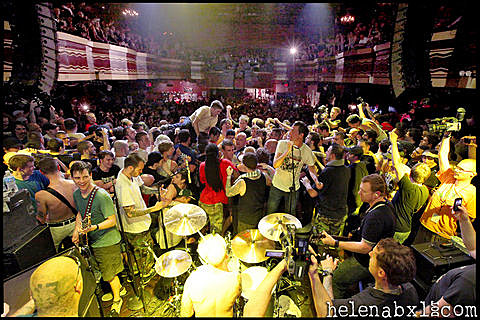 Gorilla Biscuits needs little in the way of introduction for fans of hardcore. When they were ready, a pair of horn players came out and played the intro to "New Direction." This was an awesome touch, definitely better than playing a sample. After the intro, as the first few guitar notes to the song rang out, pandemonium exploded on the dance floor. In addition to "New Direction," the Biscuits played a wide selection of their most popular songs including "Standstill," "Good Intentions," "Sitting Round At Home," "High Hopes," and "Cats and Dogs," among others. They also managed to find time for two covers: "Do Something" by CIV and "New York Crew" by Judge. Anthony Civarelli partly dedicated the song to Mike Judge, who was in the audience, but Mike declined to perform the song with the band, much to everyone's disappointment.

Watching Gorilla Biscuits play, you'd swear it was 1991, not 2011. Every song sounded great, and the whole band was full of energy. For their last song, "Start Today," Civ invited the audience on stage to sing along: "There is no barricade here. There are no bouncers here. Trying to control something that should not be controlled is impossible. That is what this is about. You cannot control a tiger in the jungle. You cannot control gorillas in the jungle. We are the animals here. This is our jungle, so for the next two minutes, the stage is yours, the floor is yours, act like the fuckin' animals you are."

The audience took his words to heart, and quickly swarmed the stage, nearly overwhelming the band. They played on, as people crowded around them and flew over their heads. Surrounded on all sides, Civ relinquished the mic to the audience. Walter, who abandoned his guitar, climbed on top of the drum set with his microphone to play the harmonica part, and sing the final chorus with the audience." [Verbicide]

Gorilla Biscuits headlined the Black & Blue Bowl back on May 28th at Webster Hall. We'll have more pictures of the whole show coming soon, but for now check out more pictures, videos and the setlist from the reunited hardcore band's set (confirming much of what is written above), below... 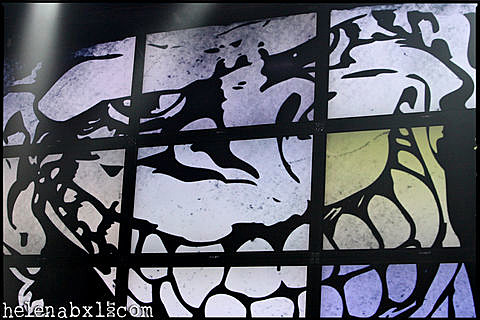 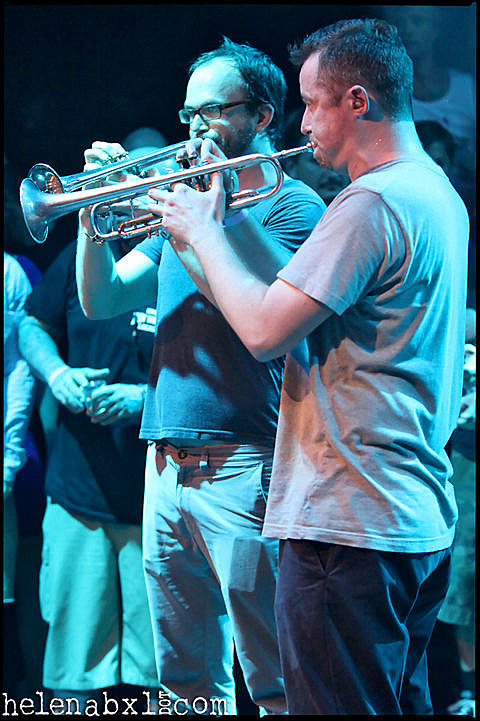 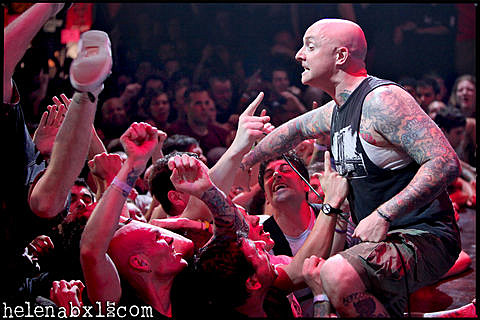 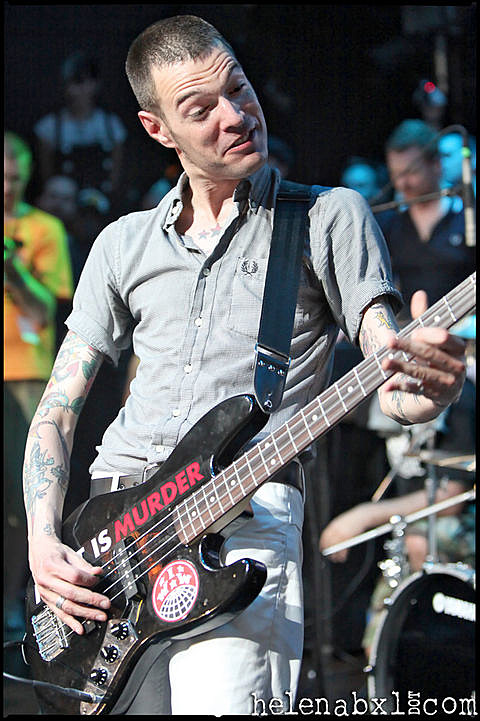 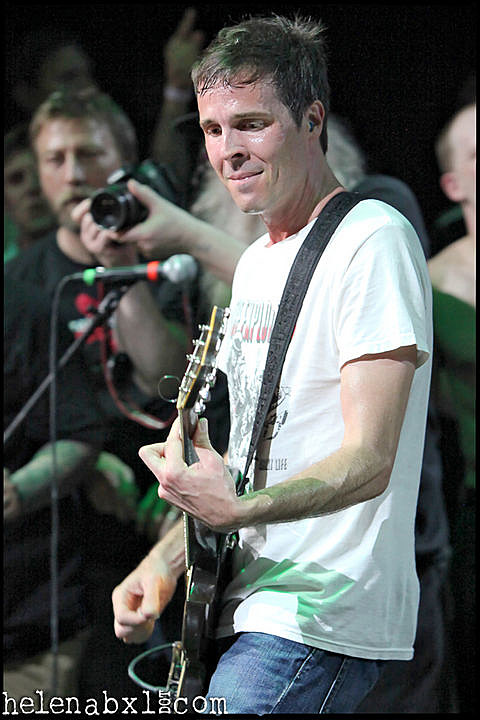 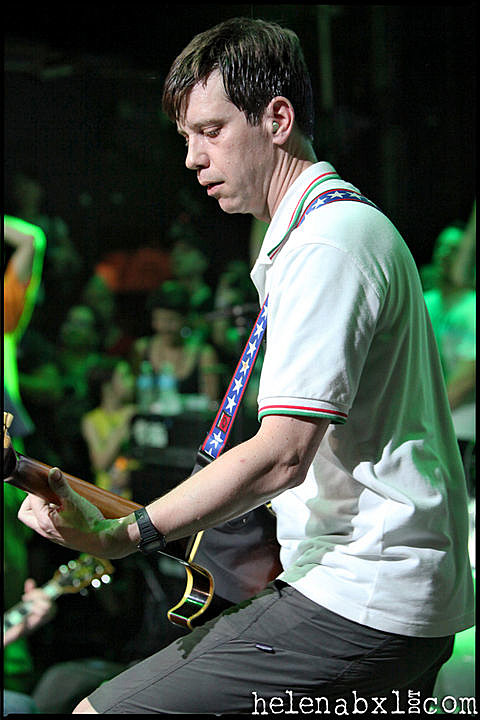 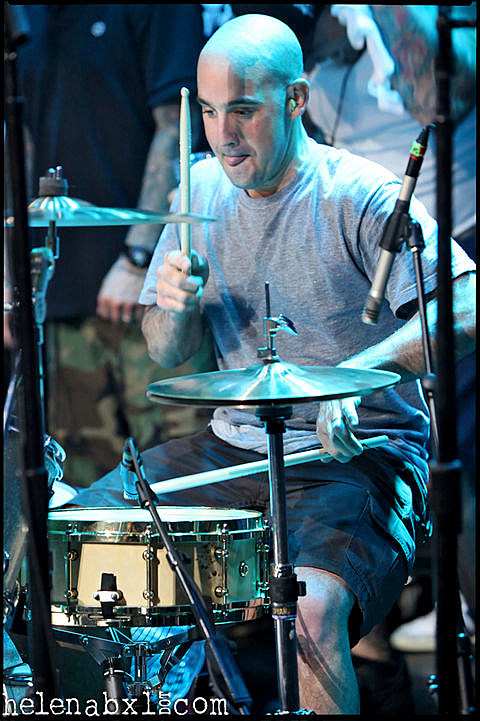 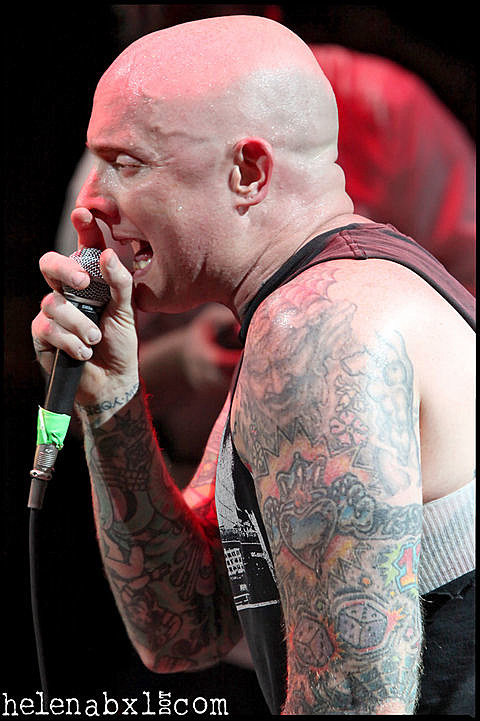 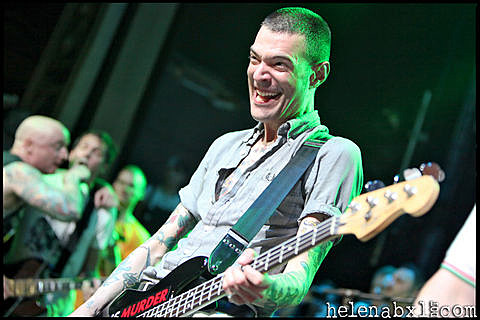 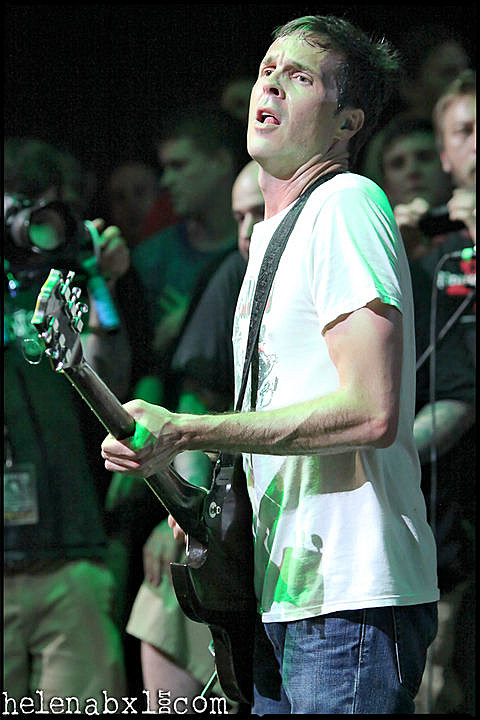 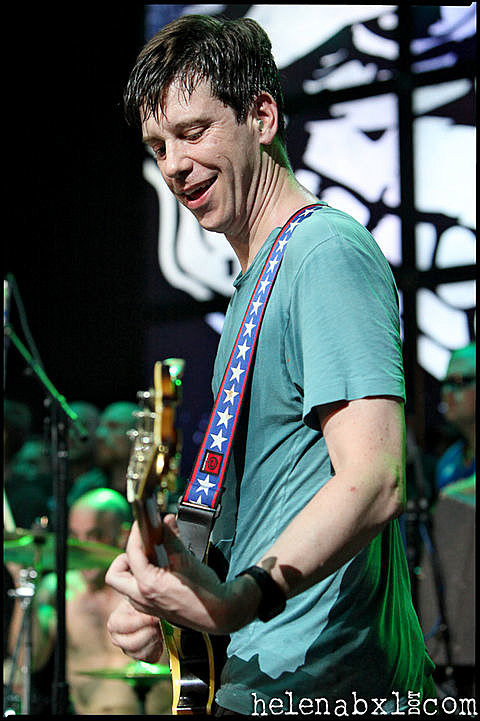 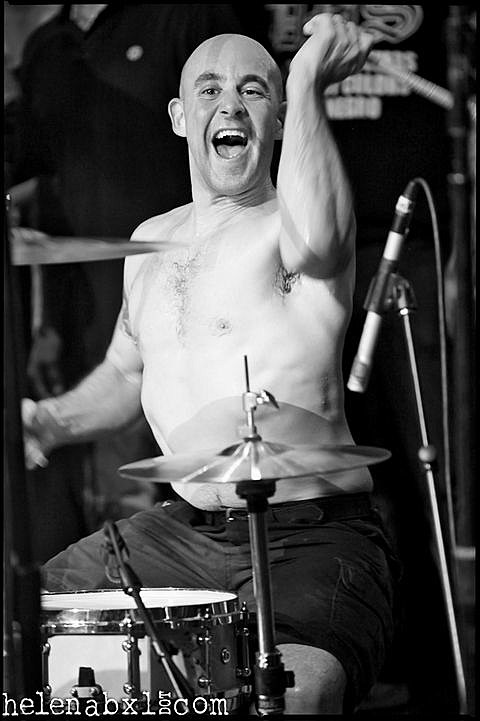 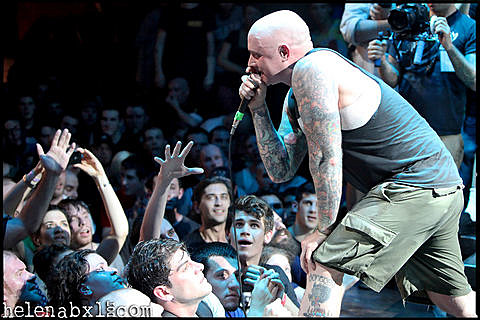 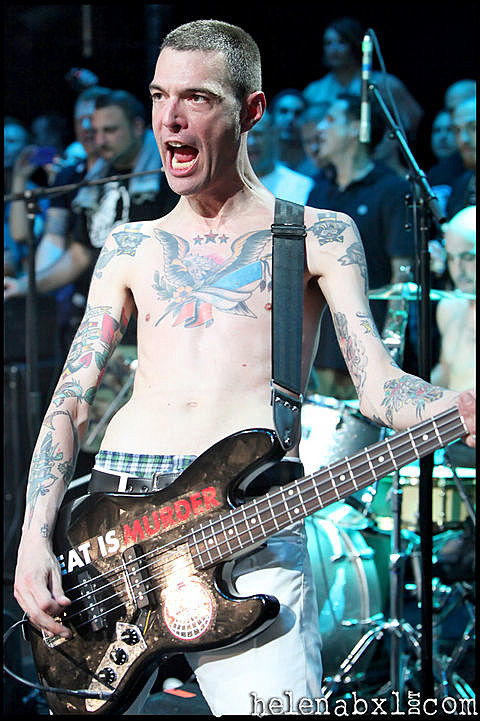 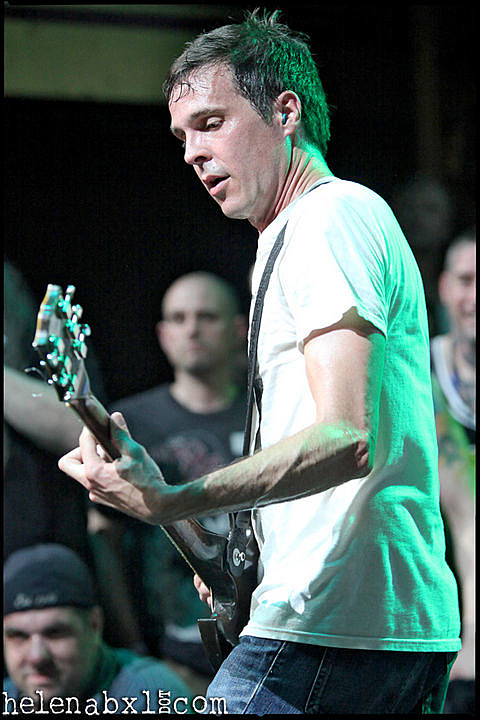 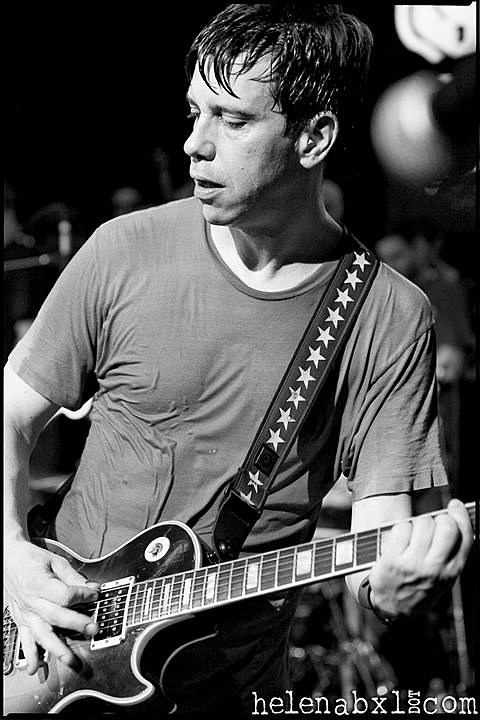 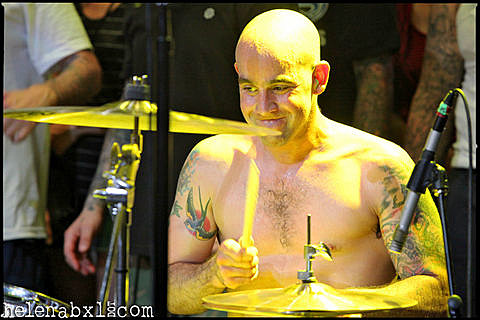 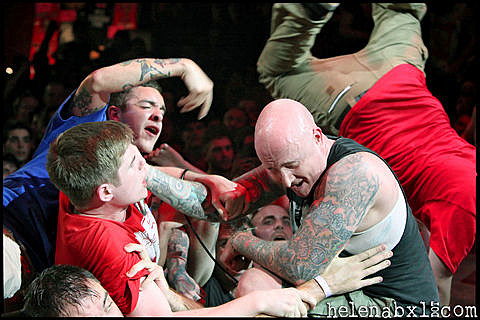 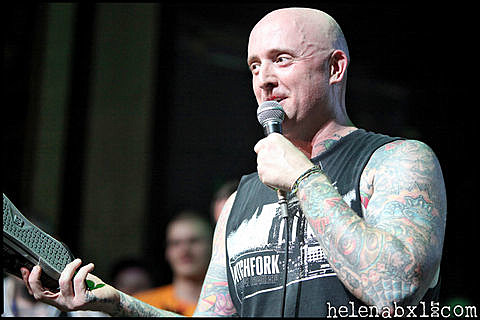 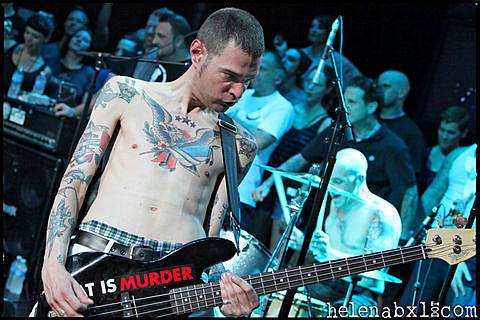 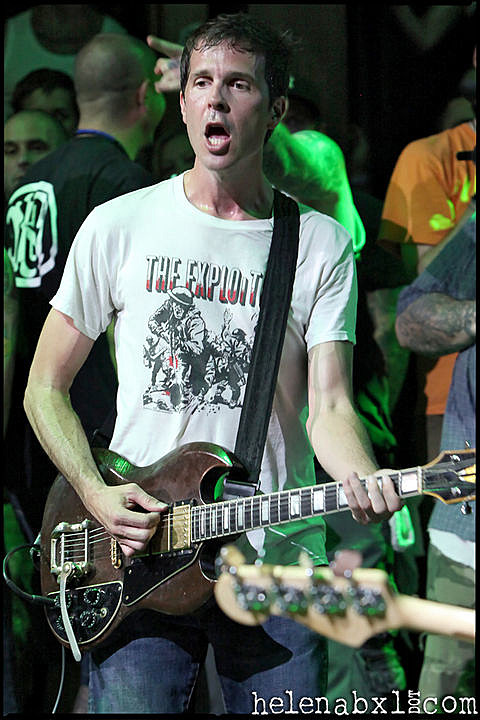 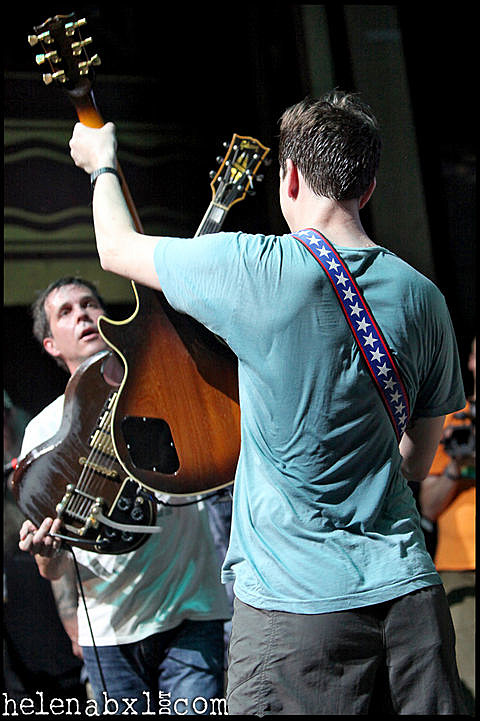 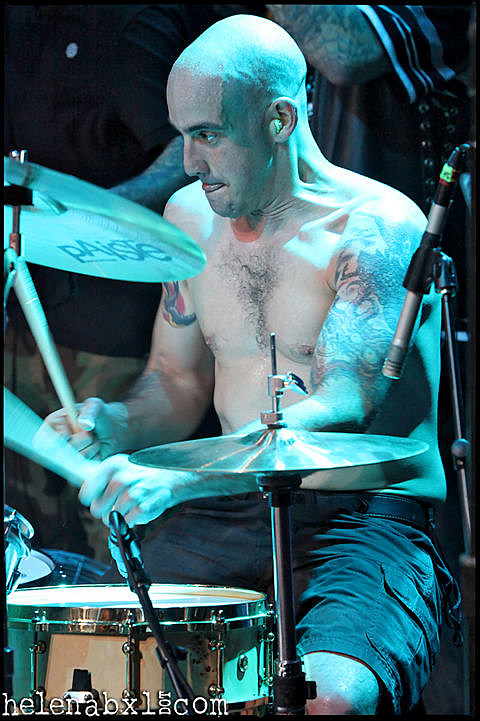 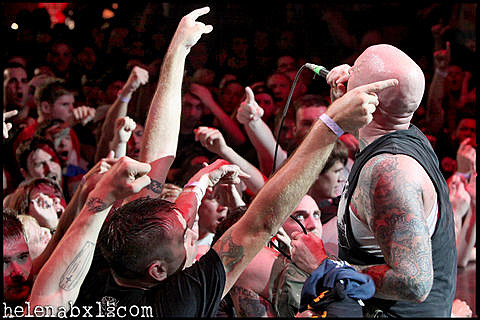 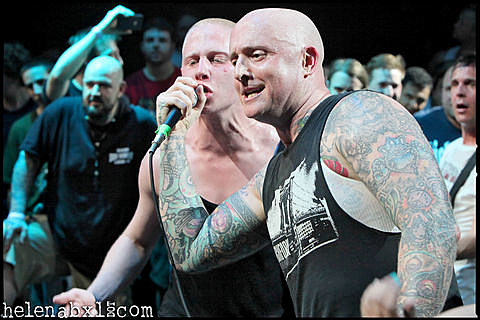 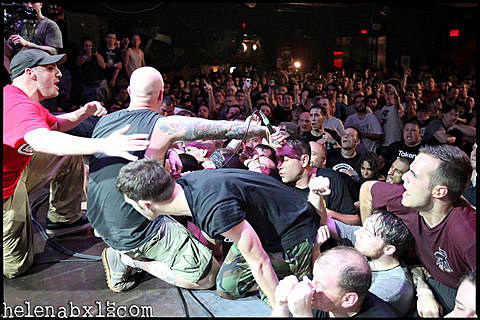 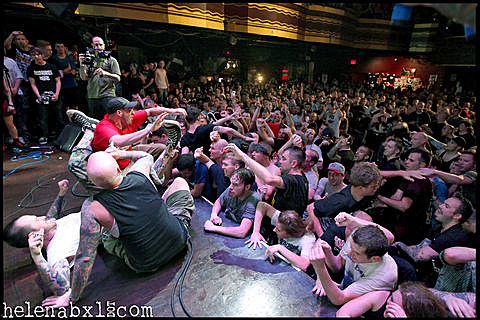 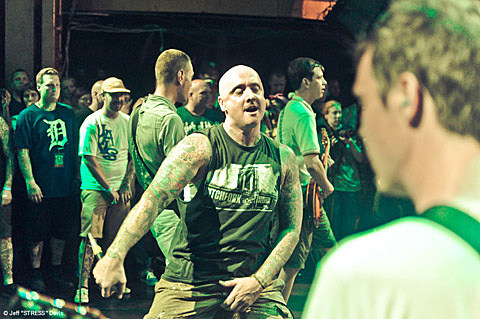 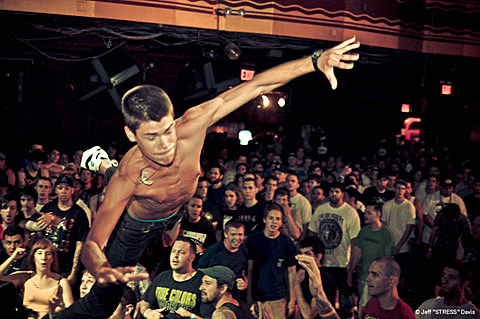