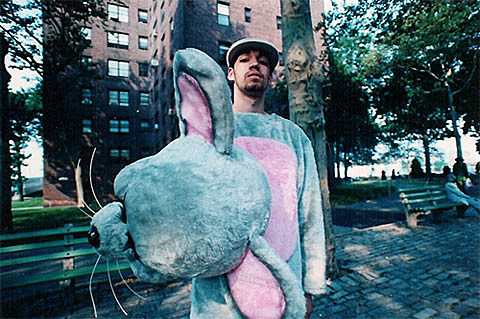 "Hand-signed by Lynch, each photograph is $3500 and can be purchased together with its set or separately. A companion book carrying the same name features Lynch's photographs and comes with a blank CD-R. A 48-page limited edition run of 5,000 copies was released in 2009. Lynch's art, along with a 9-minute behind-the-scenes video of the two-day making-of the pictures accompanies the downloadable album via iTunes." [WSJ]

You have until August 3rd to check it out.

Two major label, Danger Mouse-related, indie rock star collaborative side-like projects are touring this fall, but not together. They both play NYC shows within days of each other.

As previously mentioned, Broken Bells are playing Terminal 5 on October 11th. Tickets are on sale. That date is one of four that James Mercer and Brian Burton will play that month. All dates are listed below..

As previously also mentioned, Gorillaz are playing Madison Square Garden on Ocotober 8th. That show goes on sale August 6th and is part of a larger tour that is now fully announced. All dates below...