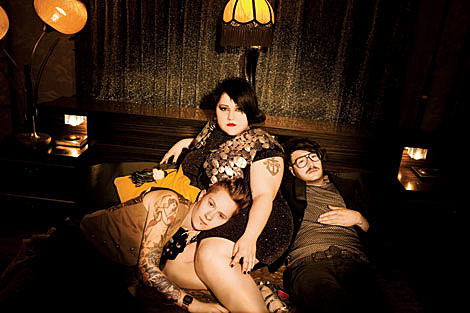 Gossip have announced a Coachella-to-NYC April tour that includes an April 30th show at Terminal 5 (the same venue they played last time they were here) with Rye Rye and The Phenomenal Handclap Band. Tickets go to that show go on AmEx presale on Wednesday at 11am. General sale starts Friday at noon.

Still no word on Lilith Fair dates which they are also supposedly a part of. All April dates below...