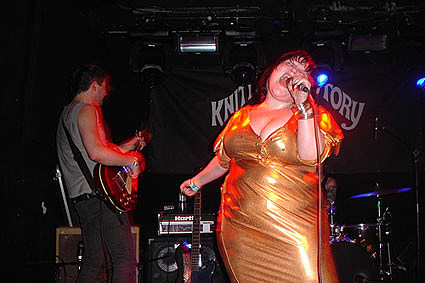 I'm so bad - I still haven't told the story (or finished posting the pictures) of Patrick Wolf beating up his wasted drummer on stage at Misshapes two Saturdays ago (well actually, that basically IS the story). I know, I know - you hate Misshapes, but you can't argue that they're not doing OK in the booking department. Two weeks ago was Patrick, this Saturday (April 21) they have Ghostland Observatory, and last weekend they got Beth Ditto from (Columbia Records recording artist) The Gossip (who they - the Mishapes DJ's - are soon also touring with).

Ghostland Obervatory are also playing a sold out show at Bowery Ballroom in NYC tonight. (April 18). More dates at the end of this post.

Patrick Wolf just announced that he'll be playing opener on some of Amy Winehouse's upcoming North American tour dates. That's an amazing combo - hopefully the shows actually happen. The NYC show is May 9th at Highline Ballroom, but Patrick will also be here over a week earlier to perform for free at Virgin Records in Union Square. That show is April 30th. All tour dates below....

But first back to Beth....The Gossip played Knitting Factory in NYC on Saturday night (April 14), and it appears Beth stayed fully clothed at that show (see above). I can't say the same for her appearance at Misshapes later that night though. There, she DID take off her clothes (again). NSFW (don't blame me) photos (and lots more) below.... 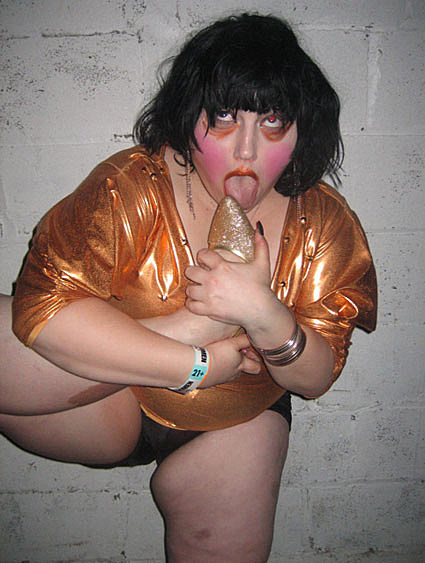 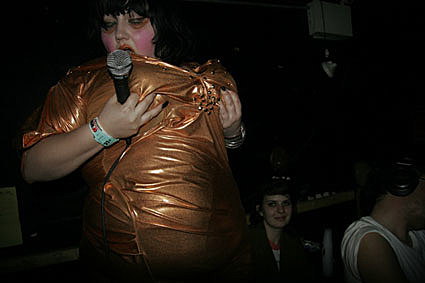 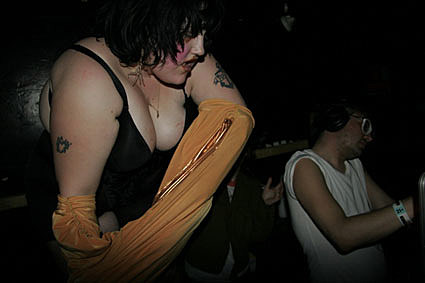 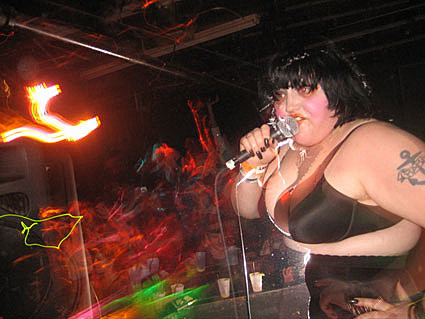 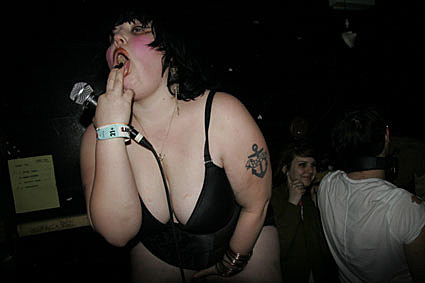 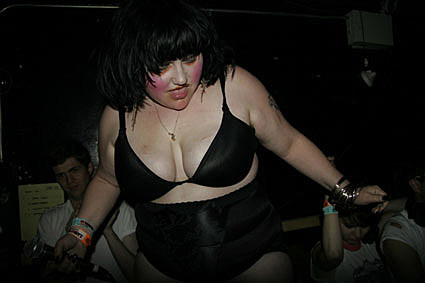 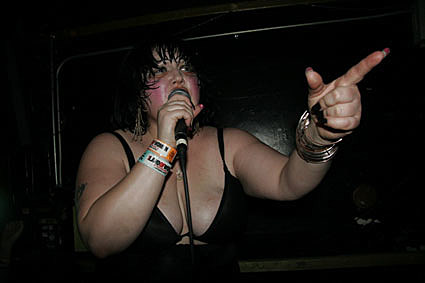 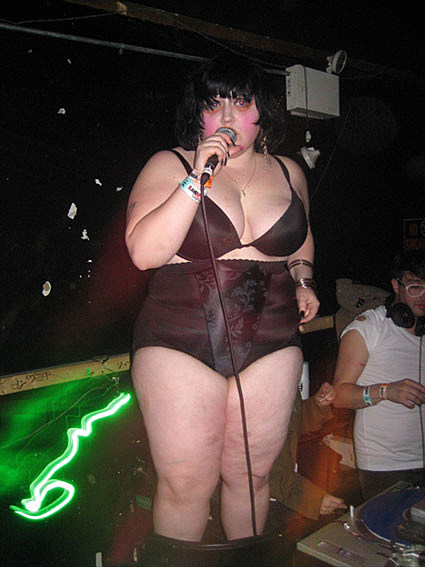 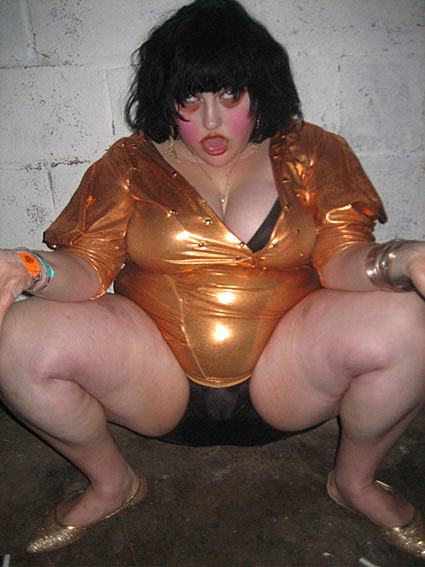 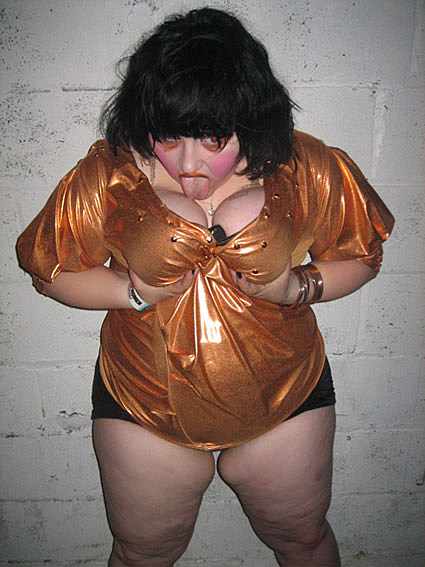 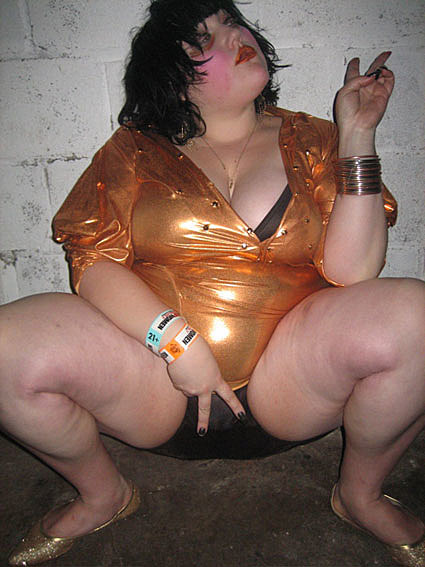 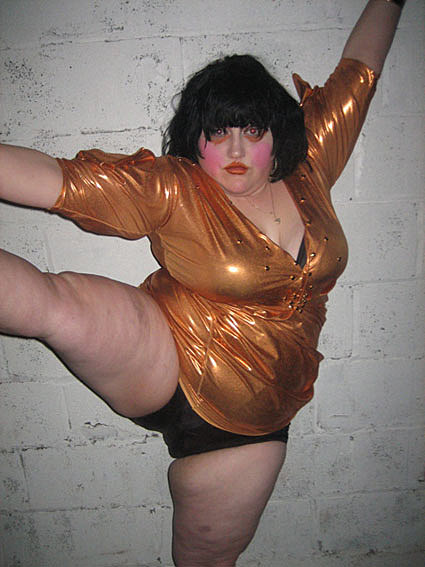 Coincidentally, the often-undressed Kevin Barnes of Of Montreal was playing and sorta-getting undressed too the very same night - across town in Brooklyn..... 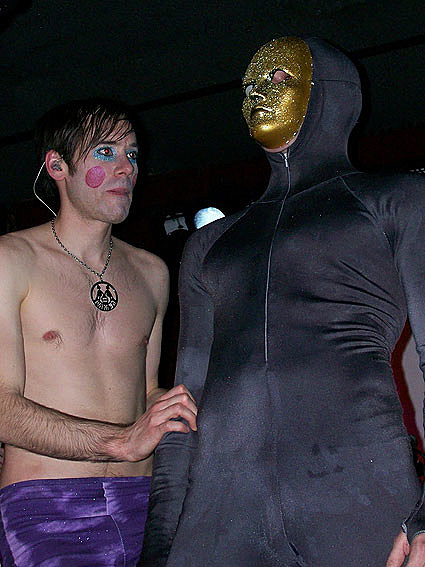 One week earlier, Beth was hangin' with Kate Moss in LA.

Believe it or not, this post is still way more safer than work than the one I could have made with the photos of "No Bra" who opened for Patrick Wolf the week before at Misshapes (NSFW EXAMPLE ONE, NSFW EXAMPLE TWO). He or she?

Here's one more good one of Patrick from Misshapes.... 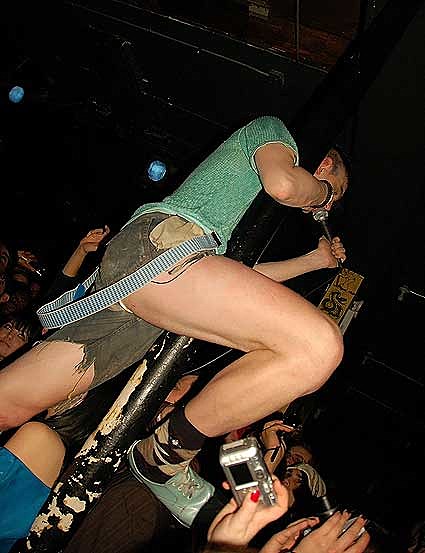 And here's one I never posted of Amy Winehouse from the Fader Fort at SXSW....

Here's a pic of Ghostland at Knitting Factory in 2005. David Bowie didn't stay for them.