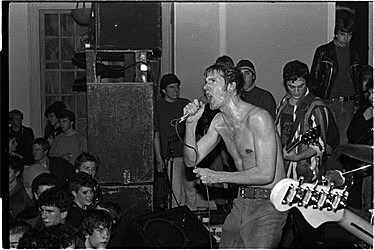 DC/Dischord hardcore legends Government Issue reunited for their first show in 21 years in DC in 2010 (a benefit show), and have since played other shows like DC in 2012 (a 'Salad Days' celebration), DC in 2014 (Damaged City fest), and Houston and Baltimore earlier this year. And now they're finally going to play NYC!

The band will hit Brooklyn's Acheron on July 18 with Blockhead and Agitator. Tickets go on sale Friday (5/15) at noon.

We're not positive what the lineup for this show will be, but stay tuned for that as well. Vocalist John Stabb was the only constant member. The 2010 reunion included bassist J. Robbins (who achieved a lot more success post-GI with Jawbox, Burning Airlines, and as a producer for several bands), but he wasn't with them at the 2014 show. There was also a 2007 one-off billed as "Government Re-Issue" which included onetime guitarist Brian Baker (also of Minor Threat, Dag Nasty and Bad Religion).

Watch a full set video of GI playing Maxwell's in Hoboken in 1988, below... 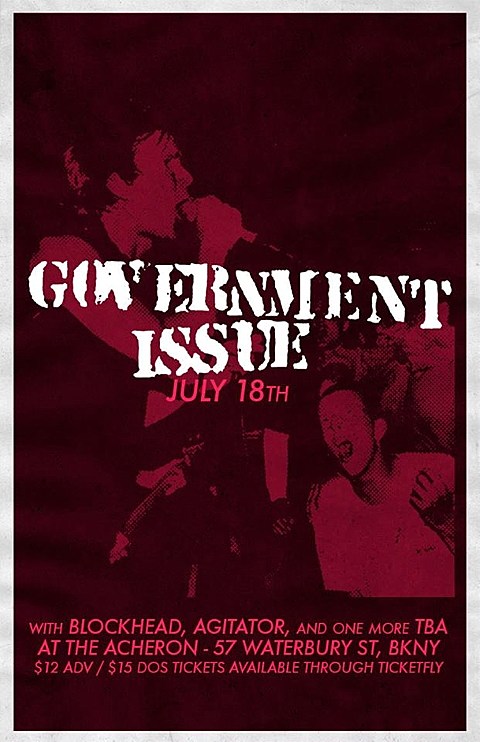