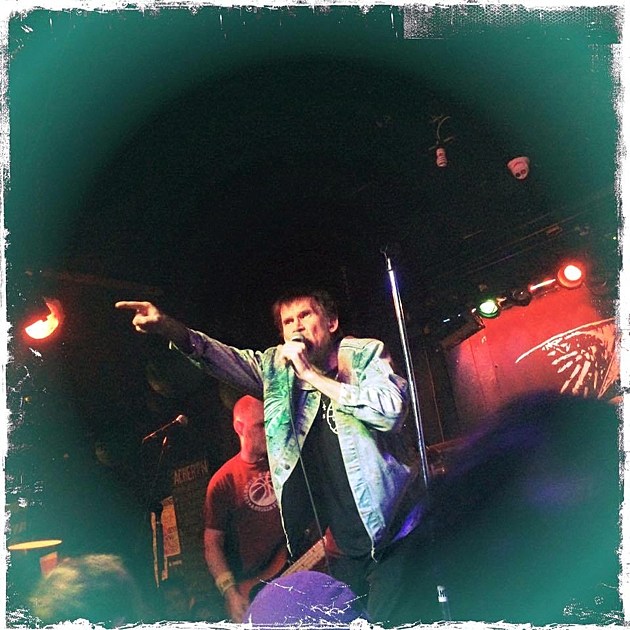 DC hardcore legends Government Issue continued their reunion last year, with vocalist John Stabb as the band's only constant member. Sad news has now come for Stabb though. He was diagnosed with cancer. A GoFundMe campaign to help him has been launched and it reads:

On Wednesday, January 20th, after feeling nauseous the night before/contemplating cancelling his History Repeated show, John Stabb went to the ER having severe pain in his stomach. He was released from the hospital two days later. After a week at home, John went back to the ER on Friday January 29th for an emergency operation.

After a week of recovery in the hospital, on Saturday February 6th, John was diagnosed with malignant stomach cancer in addition to having two intestinal tumors removed through his surgery the week before.

John's soul mate, Mina, has been by his side day and night (with short trips home to take care of their pets and to wash clothes).

...In order to assist John and Mina during this journey, this fund has been set up to assist in life expenses while John heals and goes through his cancer treatment.

Very sad to hear. If you'd like to donate, go here.