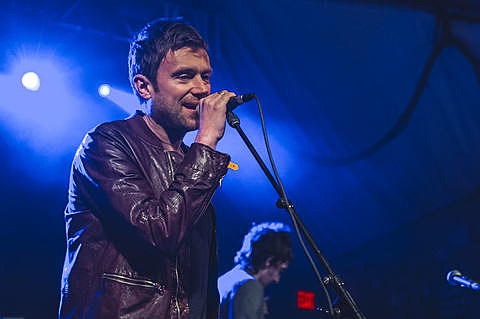 Governors Ball hit's NYC's Randall's Island from June 6-8, and like in past years, a few of the artists playing will play afterparties in various NYC venues. This year's afterparties include:

Kurt Vile and the Violators on June 5 at Brooklyn Bowl.

Tourist on June 5 at Westway.

Washed Out at Brooklyn Bowl on June 6.

Earlwolf (aka Odd Future's Earl Sweatshirt and Tyler the Creator) at Irving Plaza on June 7.

Classixx at Brooklyn Bowl on June 7.

The Chain Gang of 1974 with Black Taxi at Knitting Factory on June 7.

Caycuas with Little Comets at Glasslands on June 7.

Diarrhea Planet with Total Slacker and LVL UP on June 8.

Tickets for all afterparties go on sale Friday (5/2) with a presale beginning Tuesday (4/29) at 10 AM (password: govballnyc). The Kurt Vile, Washed Out, and Damon Albarn shows are especially intimate and will likely go pretty fast. 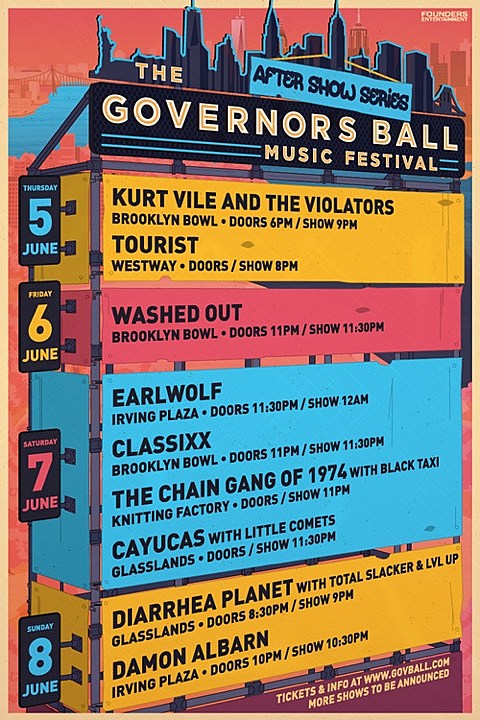