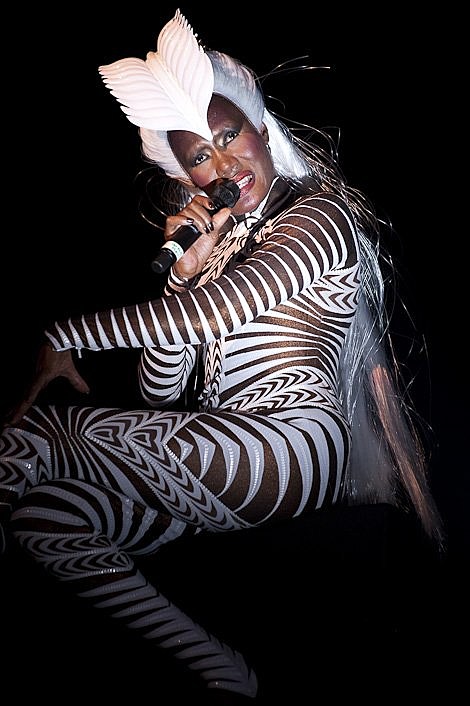 Conceived by U.K. couture superstar Philip Treacy - [the concert] will be a spectacular union of fashion and rock. Miss Jones will wear costumes by designers Issey Miyake, Jean Paul Gaultier and Alexander McQueen while performing the classic songs that have made her an international icon.

Renowned clotheshorse, occasional actress and disco diva Grace Jones will play a rare show at Roseland on October 27, her only current tour date. Tickets go on presale with a password of "JOSHWOOD" on Monday, September 10 at 10AM, with regular sale hitting the next day (9/11) at noon.

Video of Jones, who turned 64 this year, performing her classic "Slave to the Rhythm" at the Queen's Diamond Jubilee concert in London this summer is below.