No lie, this is the new Graf Orlock EP 'Doombox'... 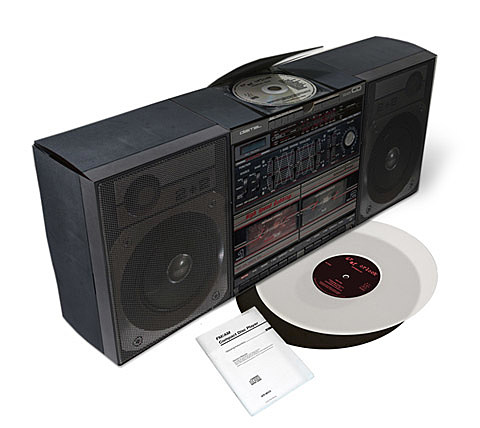 The trilogy is complete...

Destination Time Today, [released on May 14, 2009, was] the third installment of Graf Orlock's chronology bending cinema-grind trilogy begun in 2006 and 2007. This new testament to nebulous ideas and bodily harm surveys such time honored themes as presidential assassination, robotic domination, and the pitfalls of pre-historic survival. Aesthetically, Destination Time Today continues a barrage of thrash and incomprehensible anger, while interweaving a filthy compliment of slow and grating depression, all within a two minute framework of ill- imagined social commentary...

...and now Graf Orlock is preparing to release their latest EP, Doombox, on their own Vitriol Records (home to the previously profiled Dangers, Ghostlimb, Owen Hart, and others). Much like their pummeling and hilarious trilogy, Doombox intercuts bad film dialogue with fiery hardcore and razor-sharp grind; this time 2Pac, DMX, and others get their say. Check out the second track, "Job Hunt", available for download above and streaming below. It's a bruiser of course.

All of Vitriol's releases are currently available at their bandcamp page. But in this age of digital, Graf Orlock remains one of the few bands that put out impressive records in hard formats (CD, vinyl, etc). Dig on the packaging for Doombox above. This is the description of it:

Behold, the Doombox EP, whose packaging consists of an actual-size (30"x10"x10") fold-out cardstock "boombox." The "boombox" holds the Doombox EP in 10" vinyl and CD formats, as well as a separate CD containing the band's three previous releases, known collectively as the Destination Time Trilogy.

Guaranteed to be the most visually striking piece of merchandise on any record store shelf in 2011, Doombox is also, in the words of Graf Orlock's Jason Schmidt, "a 6 song diatribe concerning the urban issues of our own maladjusted city -- authoritarian power, gang violence, race, and capitalism."

Now that's insanity. The CD album cover is below, along with tour dates, video and the "Job Hunt" song stream. 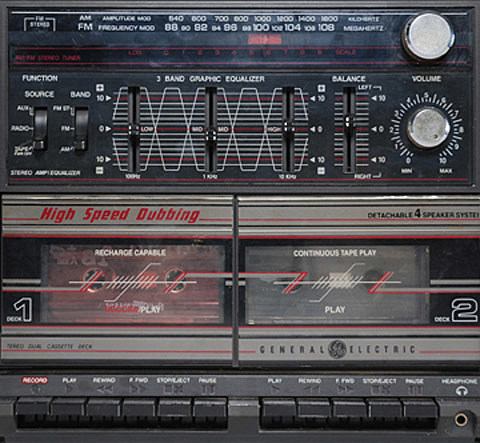 Graf Orlock - The Dream Left Behind