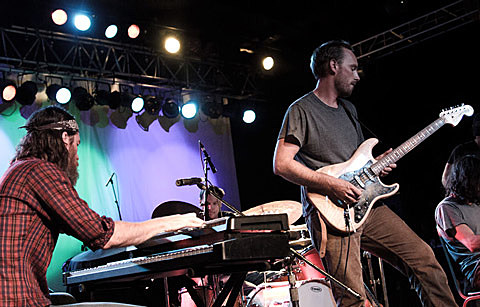 Psychedelic post-rockers Grails are set to release their new album, Black Tar Prophecies Vol's 4, 5 & 6, on October 1 via Temporary Residence, and after already dropping one of its singles, "Self-Hypnosis," the band just let go of another one, "Invitation To Ruin." The new single stays true to the band's many flirtations with Eastern music, but unlike "Self-Hypnosis" and much of their other stuff, there's not much "rock" to be found here. It owes more to ambient soundscapes and eerie film scores, and can be streamed below.

Grails just kicked off their tour with related band Lilacs & Champagne (which includes Grails members Alex Hall and Emil Amos) and Wrekmeister Harmonies this week, and that tour comes to NYC this weekend for a show at Saint Vitus on Sunday (9/15). Tickets for Sunday's show are still available.

Updated tour dates are listed, along with the new song stream, below... 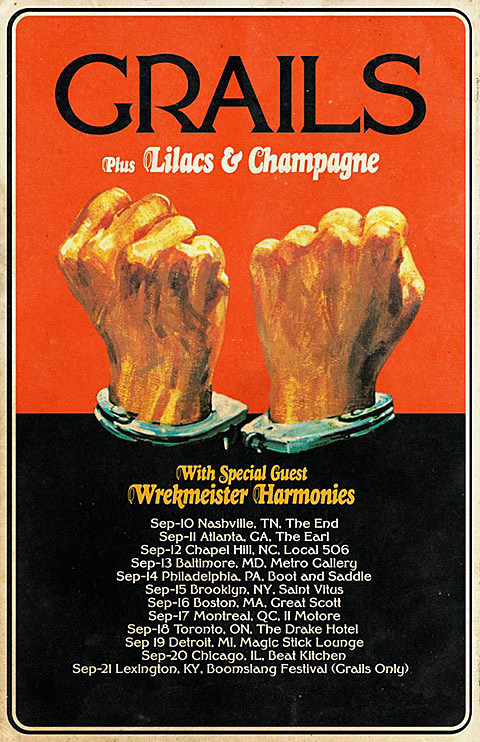