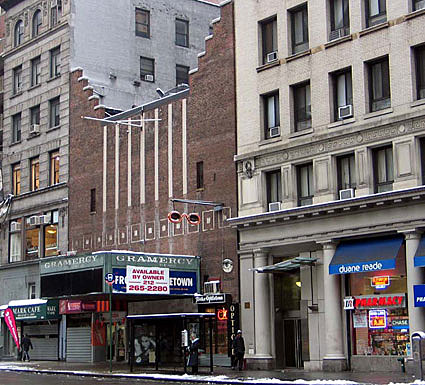 Back in October the NY Times confirmed that the Gramercy Theatre (127 East 23rd St, NYC) was transformed into a roughtly 600-capacity Live Nation concert venue. That's just a bit bigger than Bowery Ballroom. The Gramercy probably has seats though.

In early December we found out Clinic are playing the Gramercy on March 9th (Holy F*ck are opening). Stellastarr* & Monsters are Waiting are playing there on February 22nd. Stephen Kellogg & The Sixers are there on April 7th. Clinic & Stellastar tickets go on sale Friday 1/12 at noon.

All Stellastarr* tour dates below...

Monsters Are Waiting will be main support for the tour. New Stellastarr* song at their myspsace

Previously
An article on music venues in the NY Times