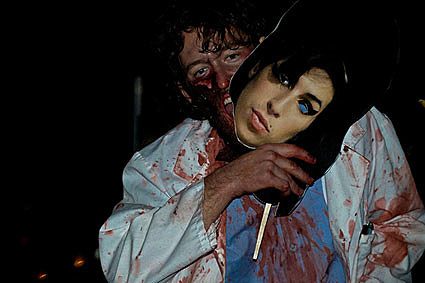 Is this the Grammys or the Plug Awards?
All (50th annual) Grammy nominations HERE.

Jonathanpberger made the "Spooooky Hallowinehouse" you see above. More like it HERE. His inspiration HERE.

Now Feist has something else to talk about.