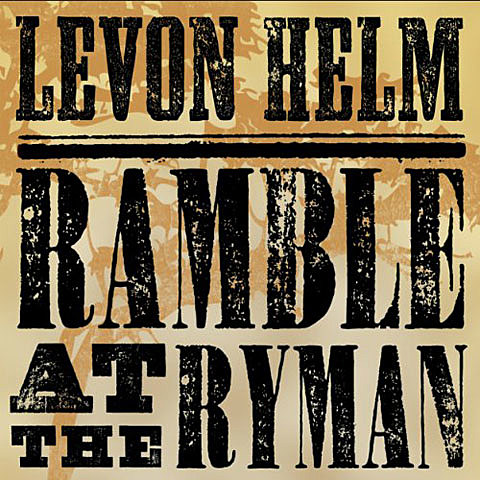 Now a three-time Grammy winner, Levon Helm, former drummer of the Band, took the award for best Americana album last night, with his record Ramble at the Ryman.

Unfortunately, Helm was unable to attend the awards show due to an undisclosed "medical procedure" which also forced the postponement of his February 10th show at the Wellmont Theater in NJ. He's also sitting out of the next Midnight Ramble. His site reads: "Levon will be undergoing a medical procedure that will necessitate his absence from the February 25th Ramble. We wish him the best and we know he will have a speedy recovery. We'll continue with the normal Ramble schedule with special guests joining the band." We also wish him the best and a speedy recovery!" The last Ramble happened on 2/4 (they've been on a break since).

Things are looking good though because tickets are already on sale for a makeup NJ show taking place April 6 at The Wellmont Theatre. All tickets purchased for the canceled performance will also be honored at the show in April. Levon's next scheduled show is March 2nd in MA. All dates are listed below.

Opening for Helm at Wellmont, is Deer Tick, who will also be headlining their own NJ show at The Stone Pony on April 20 (tickets).

All Levon Helm, and all Deer Tick tour dates are listed below.