Justin Vernon & My Morning Jacket before the Grammys (by dariusjagjag) 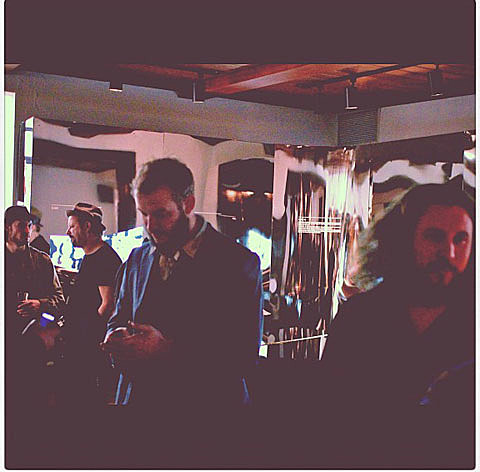 Someone from Jagjaguwar tweeted the above picture not long before Justin Vernon shouted out "Jagjaguwar" to end his acceptance speech at the Grammys pre-show this evening (2/12).

A Numero Group Syl Johnson release was up for two Grammys but lost in both categories.

And that was just all the stuff they don't show on TV. The regular show with all the big awards (and possibly more for Bon Iver) starts at 8pm EST, Whitney Houston tribute included.