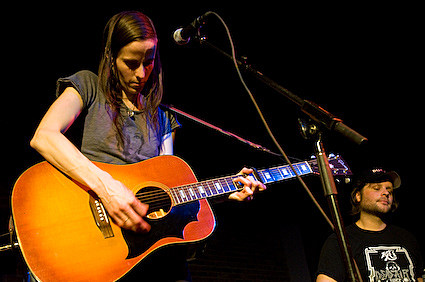 "How far will this thing go? And what the heck do we call it?

To answer the first question we need to look at the scene's origins. In the beginning, there were two bands.

The first is Carissa's Wierd, a Seattle "sadcore" band whose members included Sera Cahoone, Mat Brooke and Ben Bridwell. (Brooke and Bridwell went on to form Band of Horses, from which sprung Grand Archives). They were true originals, quiet, mournful and eerie; were briefly signed to Sub Pop; and were local favorites from the mid-'90s until their 2003 demise.

The second is Beachwood Sparks, a Los Angeles collective whose music was a clear and proud homage to the Byrds, Neil Young and Buffalo Springfield, the very same godfathers of the Moondoggies, Fleet Foxes and Grand Archives. Beachwood Sparks was also signed to Sub Pop, somewhere around 1999 until the band's dissolution in 2002."
[The new Seattle sound is pretty, pastoral and mellow] 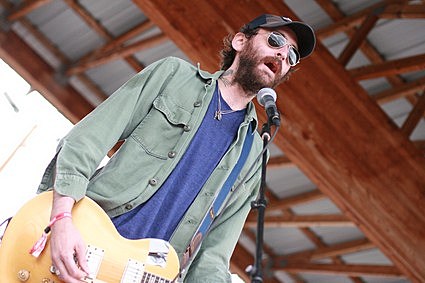 Grand Archives is an American indie rock band, formed in Seattle. The band, originally called Archives, is composed of several noted musicians from that city, led by Mat Brooke, former guitarist and vocalist for Carissa's Wierd and former guitarist for Band of Horses.

The band emerged, under their previous moniker, to little fanfare in March 2007.... [Wikipedia]

Grand Archives are on tour with Sera Cahoone. That's a lot of Carissa's Wierd. This Friday the 13th they'll be at Bowery Ballroom in NYC - part of a four band bill that also includes The M's and Centro-Matic. Then the next day you can catch both of them again at Union Hall in Brooklyn. All tour dates and some videos below....