photo by Katiera Lyn (via) 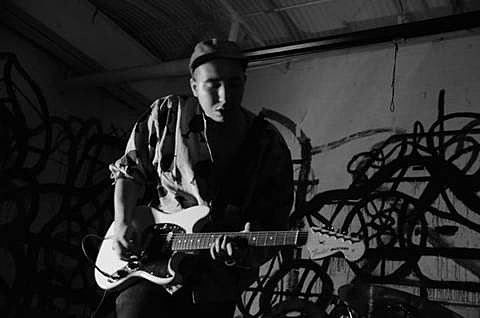 Brooklyn's Grand Resort have been around for about a year and recently released their debut EP, Vanguard Dreams. (Though at 30 minutes and eight songs, I consider that an LP but who's to say?) It's loaded with shimmery, super-catchy pop and you can stream it below.

Grand Resort have a few local shows on the horizon actually, including playing tonight (12/13) at Big Snow Buffalo Lodge with Eastern Hollows, The Meaning Of Life, and Softskull. They're also playing the "Rough Smooch" party at Legion on Sunday (12/16) we just posted about, plus Pianos on December 28 with Slonk Donkerson, Butter the Children (ex-Sweet Bulbs), Spires, and Sham-poo; and Union Hall on January 18 with Los Entantados, Chase King and Soft Collapse (tickets).

All tour dates are listed below, along with the EP stream.