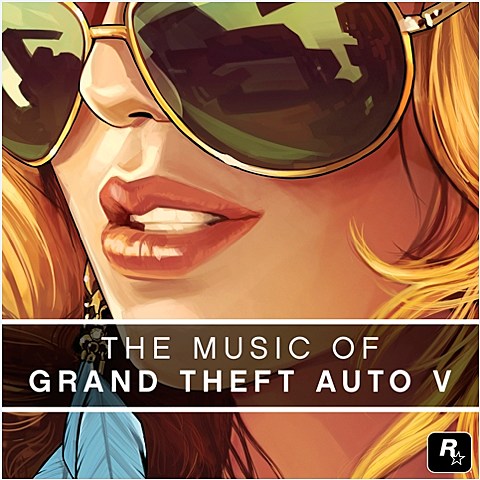 The New York Film Festival starts today (9/27) and Grand Theft Auto V and its ridiculous soundtrack are out now, and in honor of that the game will participate in this year's Convergence Program.

Most excitingly, there will be a concert on September 30 at Church of Saint Paul the Apostle (405 W 59th St) with the game's score composers including ambient legends Tangerine Dream, two hip hop producers The Alchemist and Oh No, and composer Woody Jackson (who also scored Red Dead Redemption and LA Noire). As they perform, a projector screen will show images of GTAV's fictional setting, Blaine County. Show starts at 9 PM. Tickets for the concert go on sale today (9/27) at 10 AM, and there's also an option than gains you entry to the afterparty...

After the concert, there will be an official afterparty at Le Poisson Rouge, which features DJ sets from Flying Lotus (who hosts FlyLo FM in GTAV) and BBC's Gilles Peterson (who hosts Worldwide FM). It's a late show, happening after the Typhoon show at LPR that takes place the same night.

The next day (10/1), Tangerine Dream, The Alchemist, Oh No, and Woody Jackson will also discuss the game's music at a panel taking place at Elinor Bunin Munroe Film Center (144 West 65th Street) at 8 PM. In addition to the game's composers, it also features Rockstar Games music supervisor Ivan Pavlovich and will be moderated by Pitchfork founder Ryan Schreiber. This panel's totally free.

There's another GTAV panel happening on September 29 at Elinor Bunin Munroe Film Center at 3:30 PM with moderator Adam Sessler and select members of Rockstar Games discussing the making of GTAV. Tickets for this panel go on sale today (9/27) at 10 AM.

You can stream Twin Shadow and Clams Casino's contributions to the game's soundtrack, below...