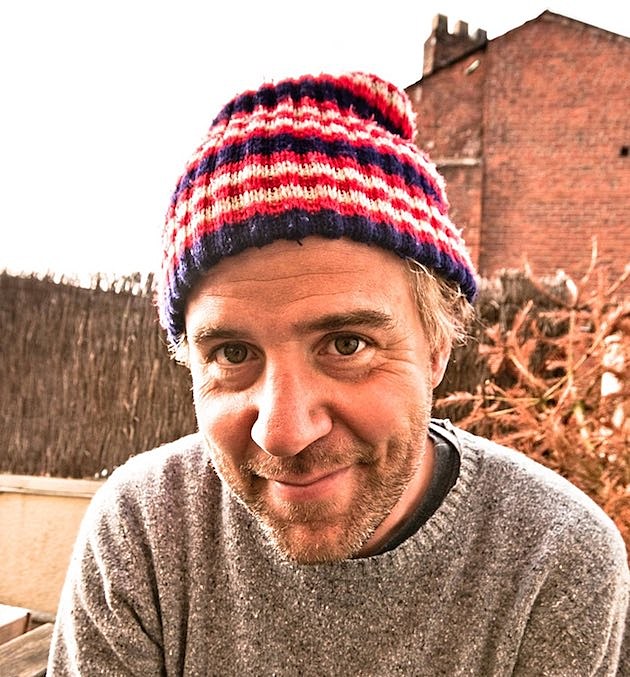 Grandaddy made four albums between 1997 and 2006, two of which (2000's The Software Slump and 2003's Sumday) are early-'00s indie rock classics. In 2012, Gradaddy reformed for a few festivals and the band are currently working on their first new album in 10 years, as confirmed by frontman Jason Lytle on Twitter back in August. Lytle took part in a Facebook interview in the fall where he talked about producing the new album themselves and his love of ELO:

Ha! Yes - Jeff Lynne. There is something tempting about having "my people contact his people". I've actually considered it to the point of putting it into action, then eventually I realized that if it were to happen, it would end up sounding too far off or inaccurate. I've just gotten attached to a certain way of doing certain things, and there is a certain degree of thrift store-junkpile-chaos that I need to incorporate to feel comfortable. Combining that with enough beauty and plenty of "ahhhs" - which I know you like. I even abandoned the idea entirely of bringing in an outside producer for this next LP, which I had been seriously considering. No particular reason. Just running on instinct. And realizing that the closer I'm able to emulate the working process of prior DIY Grandaddy LP's and self-produce it, the more "legit" it's going to sound.

Lytle was also asked about touring when the new record is out:

I think anytime people are expecting too much of me, and - heaven forbid - demanding things of me, my immediate instinct is to rebel and retreat. There's definitely a cornered animal part of me that I have never done too well with. Having said that, I feel a lot more in control of whether or not and to what extent the touring situation might be. So I have been able to set that part of it aside for now and just concentrate on trying to make an interesting group of songs. Toward the end of Grandaddy, I really had a tough time with the expectations and the pressure to tour relentlessly.

Let's hope Grandaddy do tour...in support of a great new album. Last time I saw them was on the Sumday tour at Irving Plaza with Super Furry Animals. That was a great show.

In other news, Jason is part of an indie rock supergroup, Banquet, featuring Alex from Franz Ferdinand, Ben from Band of Horses, members of Travis and Midlake. Currently though Lytle is on tour in France with The Posies' Ken Stringfellow and Chokebroke's Troy von Balthazar as part of an Elliott Smith tribute called The Color Bars Experience. With an 11-piece band (including strings and wind instruments), they reinterpret Smith's songs, focusing on his final album, Figure 8. Those dates are listed, along with a live Color Bars Experience video, below.