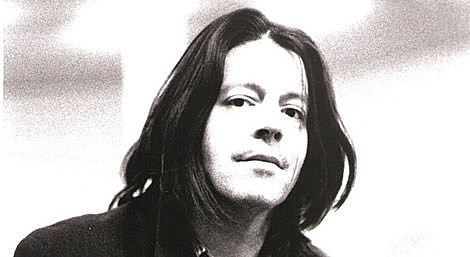 One half of Husker Du's singing and songwriting, Bob Mould, played two sold-out shows at Joe's Pub in NYC in early April. The other half, Grant Hart, will play two shows in NYC as well. Grant's short North East tour includes a Friday, May 29th show at the Cake Shop with Grass Widow and Querent, and a Monday, June 1st show at the Bell House with Kevin Barker and Death Vessel. Tickets for the Brooklyn show are on sale.

No word yet on a new album from Death Vessel. His last release, Nothing Is Precious Enough For Us, was put out by Sub Pop in August 2008. His first release, Stay Close, is available as limited vinyl from Immune. The Bell House show is one stop on a bigger tour for Death Vessel. All dates below.

I have a new album in the can and if anyone wants to talk about it, talk to me. It has been recorded in Montreal with members of A Silver Mt. Zion and Godspeed You! Black Emperor and in Minneapolis with members of Rank Strangers and Fat Kid Wednesdays. [MySpace]

No word on a release yet.

In other Husker Du new, ATP NY this year will feature No Age performing a Husker Du LP in its entirety along with a "special guest vocalist" who may or may not be Bob Mould.