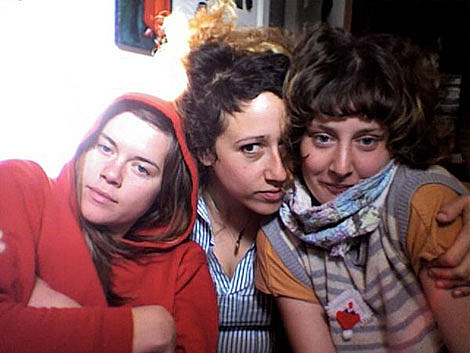 As I just mentioned, the November 7th Frankie Rose and The Outs show at the Woodser will be with San Francisco's Grass Widow who will be in town for a week's worth of shows. Frankie was in a band with most of them, called Shitstorm, who basically became Grass Widow after Frankie moved to NYC.

Grass Widow have put out two records this year -- an LP on Make a Mess records which came out over the summer, and a new EP on Captured Tracks. They're both worth picking up, especially for fans of Brilliant Colors, Vivian Girls (with whom they'll play at Market Hotel on Nov. 6) and Liechtenstein. There's also a free afternoon show at Brooklyn Museum on Nov. 7 with Crystal Stilts and The Beets.

The November 7th date coincides with the museum's Who Shot Rock: Photographers of Rock and Roll exhibition which opens at the end of October.

All upcoming Grass Widow and Crystal Stilts dates, and a video, below...