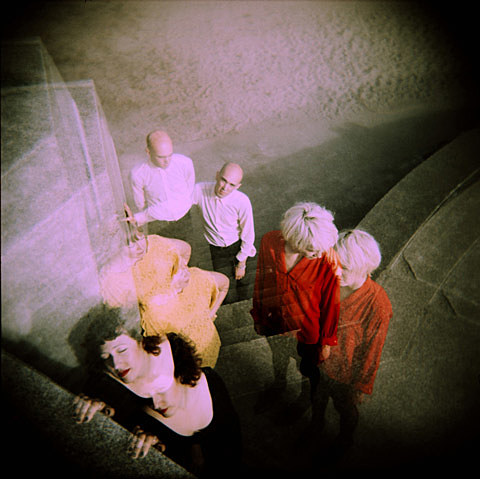 Grass Widow bassist Hannah Lew formed Cold Beat last year with Bianca Sparta (Erase Errata) on drums, and Kyle King on guitar. Despite a name that sounds like it should be a French minimal wave band from 1981, what Cold Beat have released so far is actually cheery indiepop, jangly and harmony-laden. Not miles away from Grass Widow, but definitely a little less obtuse. The band made the "Worms/Year 5772" EP last year and are set to release their debut album, Over Me, on July 8 via Lew's own Crime on the Moon imprint. The record was recorded with The Fucking Champs' Phil Manley and was mixed and mastered by Mikey Young (Total Control, Eddy Current Suppression Ring etc). You can stream "Mirror" from the album below.

For those who wish Cold Beat did sound like a French minimal wave band from 1981, there are excellent remixes of "Year 5772" by Pow! and Mikey Young which pretty much fit that description. You can stream those below too.

No word on live shows, but hopefully that changes soon. Meanwhile, check out the album art and tracklist, plus the song streams, below... 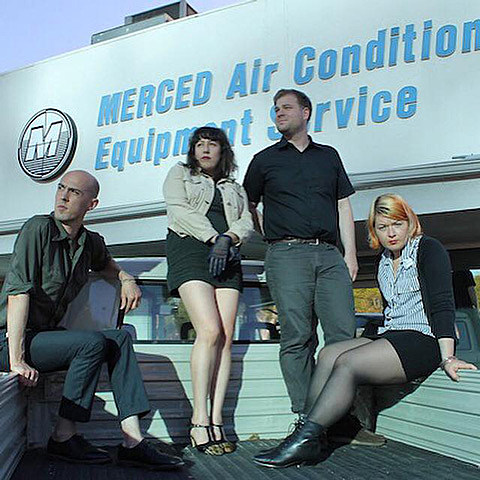