The Grateful Dead previously announced a 50th anniversary reissue of Workingman's Dead, which is due next week (7/10) along with a previously unreleased live album of the band's 2/21/71 show at Port Chester, New York's Capitol Theatre. Ahead of that release, they just put out a surprise, digital-only release of Workingman's Dead: The Angel's Share, which features studio rehearsal, chatter, demos, false starts, multiple takes, and more, and it's somehow the Dead's first release of this kind. Rolling Stone gives some background:

In the quarter-century since Garcia’s death, the Grateful Dead industry has rolled out countless authorized live recordings of individual shows and entire tours. What’s never materialized to any extensive degree is the sort of material Bob Dylan, the Beatles, and the Elvis Presley estate have recently unveiled: studio rehearsal tapes of musicians honing songs on classic albums, sometimes take after laborious take.

That changes today with the release of Workingman’s Dead: The Angel’s Share. Pegged to the 50th anniversary of that momentous album, the Dead and their label, Rhino, are issuing two and a half hours of studio rehearsal tapes of each of its songs as a streaming-only collection — a first in the history of authorized Dead archiving. Fans will finally be able to hear the Dead at work, finessing the eight songs on Workingman’s Dead: Garcia and Bob Weir practicing the chord changes for “Uncle John’s Band”; the late Ron “Pigpen” McKernan leading the Dead through more than a half-dozen takes of his showcase song, “Easy Wind”; and, yes, the band attempting, across 11 takes, to end up with a satisfactory version of “New Speedway Boogie.”

“The complete takes show the development,” says Dead legacy manager David Lemieux, who oversees the band’s archiving. “The Dead had been playing these songs for so long, in some cases nine months, so they had them down. But this is where the nuances developed.”

The Angel’s Share is a digital-only release, with no physical offering currently planned. The album title stems from a term in the whiskey industry. Thanks to the porous quality of wooden barrels used to make the drink, some of the alcohol is lost in the process. “Because the liquid would evaporate into the heavens,” according to TheWhiskeyWash.com, “it was dubbed ‘the angel’s share.’” In a statement, Rhino Records added, “Much like the whiskey-distillation process, there were also ingredients that were vital to the creation of Workingman’s Dead that were lost and did not end up on the final album, the band’s own version of the ‘angel’s share.’”

You can read much more at Rolling Stone. Listen to the full, two-and-a-half hour album below.

This weekend (7/5) the band will re-broadcast the 2015 'Fare Thee Well' Solider Field shows on FANS.com to celebrate the shows' fifth anniversary. 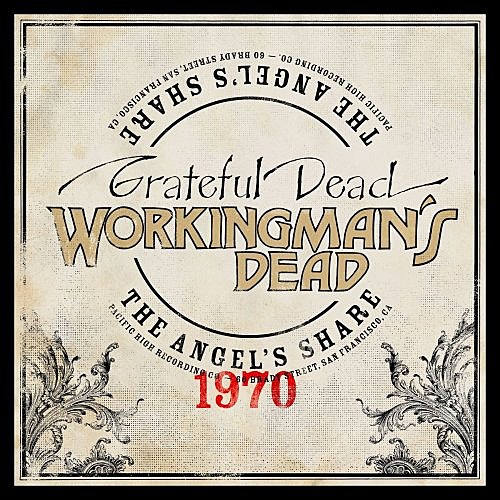