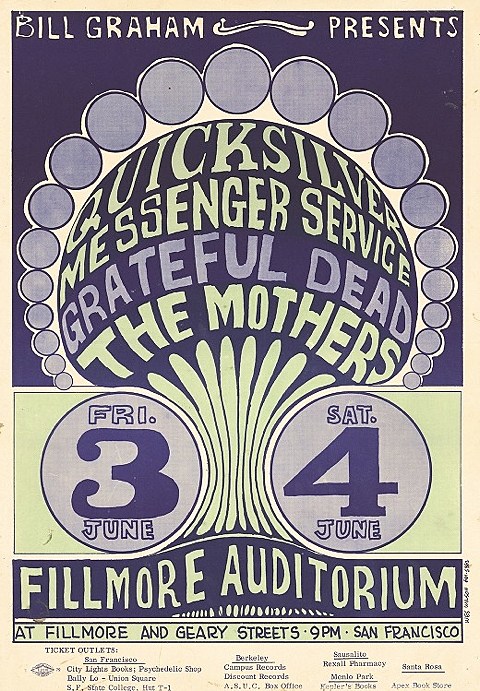 The Grateful Dead's Phil Lesh turns 75 on March 15, and to celebrate he'll kick off a run of four shows at his NYC-area home base, The Capitol Theatre, that day. He plays the venue on 3/15, 3/16, 3/18 & 3/19. The first two nights will have him joined by Warren Haynes, Eric Krasno, Rob Barraco, and John Molo; and the last two nights have Barry Sless instead of Eric Krasno. Tickets for each individual night and a GA floor 4-show pack go on sale at noon on Saturday (1/10).

This year is also the Grateful Dead's 50th anniversary, and Phil & Friends are celebrating that by recreating past Dead shows from the '60s at his San Francisco home base, Terrapin Crossroads. More info here.

Also in California, the late Bill Graham, who booked the Dead and other Bay Area bands, is getting an exhibition at LA's Skirball Cultural Center, which opens May 7 and runs through October 11. In addition to 1965 being the year of the Dead's first show, it's also the year Bill booked his first show. Billboard reports that the exhibition will include "memorabilia, photographs, archival concert footage, historical and new video interviews and psychedelic art related to the career of the godfather of the San Francisco concert scene and one of the most influential concert promoters in history."

And if any of you Deadheads are traveling to Colorado soon for any reason, you may want to get a room at the new Grateful Dead-themed Bud + Breakfast Silverthorne. One night in the Garcia Suite is only $199.

Phil Lesh and JRAD, aka PhilRAD, just played the Cap on New Year's Eve. Check out a video of "Uncle John's Band" from that show, below...