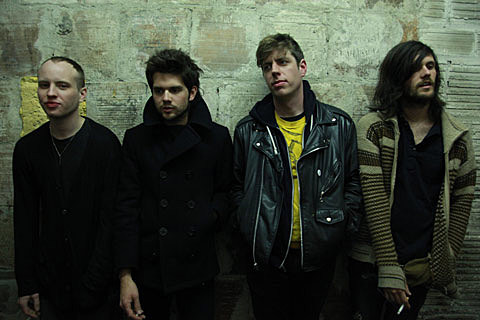 Seattle's Grave Babies' current U.S tour is rolling through town and the band plays Death by Audio tonight (9/13) and Cake Shop tomorrow (9/14). Both shows are with fellow Seattle-ites Perpetual Ritual, and all upcoming dates are at the bottom of this post.

As their name might imply, Grave Babies are on the darker side of things, kind of like a blown-out scuzz rock version of '80s goth (Sisters of Mercy, Red Lorry Yellow Lorry, Clan of Xymox). There's some strong melodies buried under all that intentionally bad production. The band have been kicking around for a couple years but have a new single out on Hardly Art that you can stream at the bottom of this post.

Tonight's show at DBA is a pretty good one, also featuring Brooklyn's Xray Eyeballs who, as you may have read, are playing the Sub Pop/Hardly Art CMJ showcase at Mercury Lounge on October 20. (Tickets are on sale now.) They also have a new single on Hardly Art, "Sundae," that's streamable at the bottom of this post. 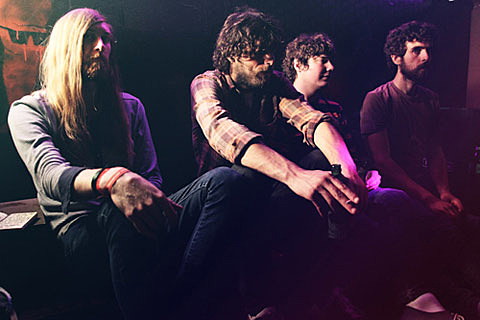 Tonight's DBA show also features a "secret guest" who can now be revealed -- and not just hinted at -- as Sacramento, CA's Ganglians who played the Rock Shop last night. Ganglians' new album Still Living came out on Lefse at the end of August and is a step forward, musically, from 2009's Woodsist-released Monster Head Room. Album track "Jungle" (downloadable above) is a good example of their poppy, dreamy, distinctly West Coast sound.

Grave Babies' show Wednesday at Cake Shop also has K-Holes and Population 1280. Tour dates and streaming songs are after the jump.