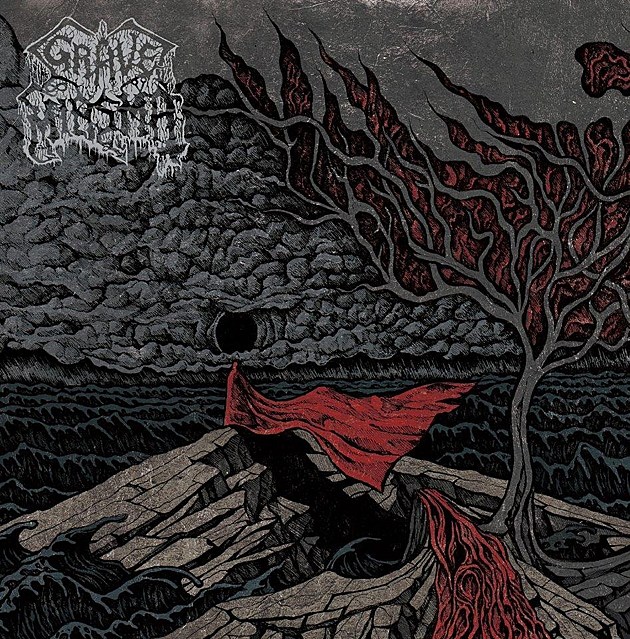 The grimy UK death metal outfit Grave Miasma have announced a new mini-album and shared a new song. The album, a follow-up to their great 2013 LP Odori Sepulcrorum, is called Endless Pilgrimage, and it hits on May 6 via Profound Lore. The song is called "Purgative Circumvolution" and it's a stunner.

Packed with brutal riffs and complex turns, it's one of the most immediately impressive songs in the band's catalogue, which already has plenty of rippers. The band turns on a dime constantly, swinging from tremolo-picked guitars to drop-out guitar solo sections to thunderous half-speed riffs at the drop of a hat, always one step ahead of the listener. Always clever songwriters, "Purgative Circumvolution" has a level of immediacy that hasn't always been present for these nasty old-school death practitioners who have always had a knack for when to throw a good curveball.

Grave Miasma will be in the U.S. for Maryland Deathfest in May, after which they'll be touring South America with Bolzer. Stream their new song below.