Graveyard at MHOW in 2013 (more by Caroline Harrison) 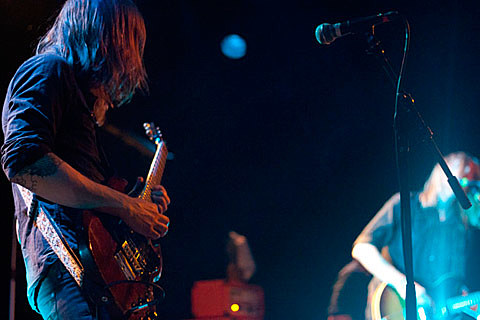 Swedish retro hard rockers Graveyard were recently announced to play this year's Coachella festival, and they've since revealed that while they're over in North America they'll be doing a full tour after the fest. That tour culminates with their largest headlining NYC show yet on May 11 at Webster Hall with Bombus. TIckets for that show go on sale Friday (1/17) at noon with an AmEx presale starting Wednesday (1/15) at noon.