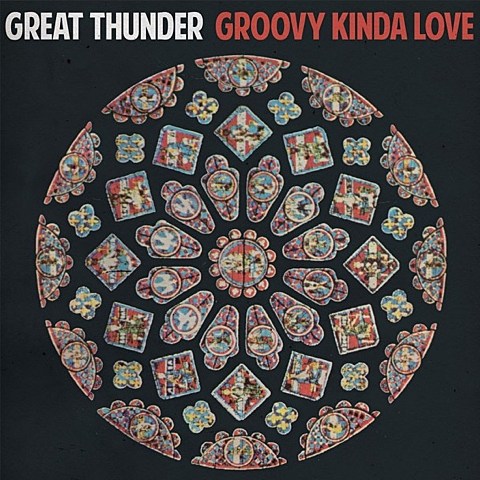 Great Thunder, the collaborative project of Katie Crutchfield (Waxahatchee) and Keith Spencer (bass/vocals in Swearin' and drums in Waxahatchee's live band), are releasing a new 30-song double LP, Groovy Kinda Love, on December 10 via Salinas Records, who also just released the Swearin' album. It follows this year's Strange Kicks EP, and it can now be streamed in its lengthy entirety below.

Speaking of All Dogs, they also just released a new 7" on Salinas Records, and that can be streamed below as well.

All Dogs share a member with Saintseneca, who also recently announced a tour.

Great Thunder and All Dogs streams below...