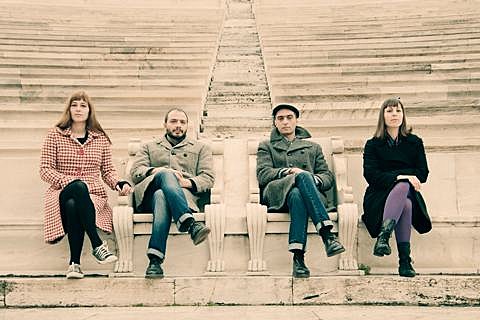 Greek artists Lakis and Aris Ionas work in a variety of mediums including canvas and film. For about ten years the brothers have also been making music as The Callas, drawing inspiration from NYC's no wave scene and The Fall. The group's new album, Am I Vertical?, was produced by Bad Seeds/Grinderman drummer Jim Sclavunos and will be out November 19 via Inner Ear.

If you like your rock n' roll thick and heavy with a strong motorik backbone, you'll want to check out the album's first released track, "Anger" which we're premiering in this post. Stream it below.