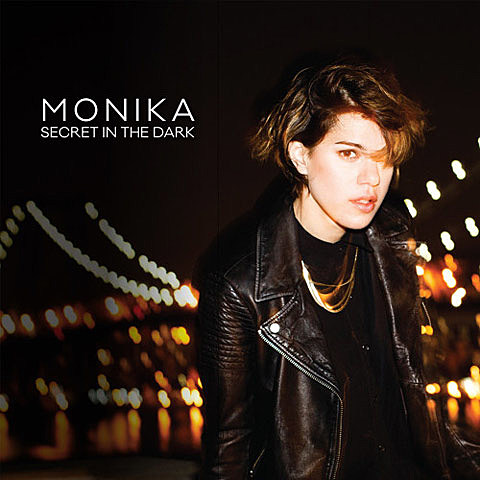 Greek singer Monika was already a star in her native country when she visited NYC a couple years ago. A fan of Sharon Jones and Amy Winehouse, she visited Daptone Records' Brooklyn HQ, knocked on the front door and ended up playing demos for the Dap Kings' Homer Steinweiss. The two ended up collaborating for most of 2014 on Monika's new album, employing most of the Menahan Street Band, and various members of the Dap-Kings, Antibalas, and others from the Daptone family.

That record, Secret in the Dark, came out last year in Greece and will get a U.S. release via Other Music Recording Co. on October 2. The record spans a variety of pop styles, including synthpop, '70s disco ("Lonely World," the album's title track) and sweeping ballads, but all the songs have clever twists in the arrangements and production. And as with most things Dap Tone-related, it just sounds right. You can stream a few tracks from it, including the clavinet-fueled "Secret in the Dark," below.

You may have caught Monika at Brooklyn's Union Pool over the summer (video below) and she'll back in Brooklyn to play a record release show at Baby's All Right on October 8. Tickets for that show go on sale Friday (8/28) at noon.