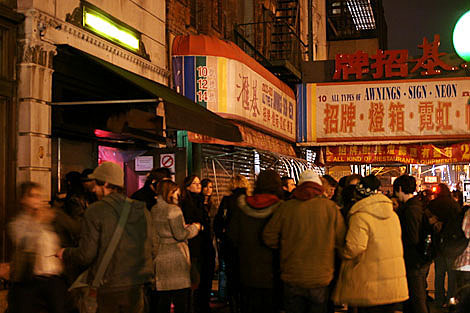 "Green Day is set to appear at New York's Bowery Ballroom on May 18, just three days after the release of the band's hotly anticipated eighth studio album, "21st Century Breakdown," according to MTV Germany.

The small club show is a rarity for the band whose last album, 2004's "American Idiot," sold more than 12 million copies.

But the group has done some guerilla-style gigs in its hometown of San Francisco this past week, including a show at the 500-capacity DNA Lounge. According to the New York Times' ArtsBeat blog, the band played "21st Century Breakdown" in its entirety before running through a set of older material. " [Billboard] (thanks all)