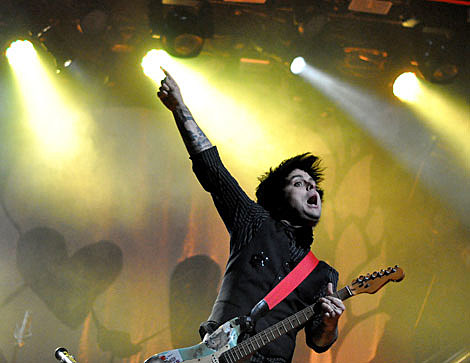 "Green Day continued their march to an inevitable Number One album, setting up rock-opera shop at New York City's Bowery Ballroom on May 18th for the East Coast live debut of 21st Century Breakdown. Their Bay Area guerilla gigs in April all featured the record in its entirety. But at the Bowery, the band played a pocket-jukebox edition of the album, starting with the opening title track and the first single, "Know Your Enemy." Then the new six-piece Green Day -- with singer-guitarist Billie Joe Armstrong, bassist Mike Dirnt and drummer Tré Cool assisted on guitars, keyboards and extra vocals by Jason Freese, Jason White and Jeff Matika -- sprinted across the first two acts, concentrating on action-rock tunes such as "East Jesus Nowhere," "Before the Lobotomy" and "Murder City," and finished with nearly all of the third." [Rolling Stone]

The full Bowery Ballroom setlist, videos (including some from SNL), and more pictures (and videos) from last night's Webster Hall show (5/19), below... 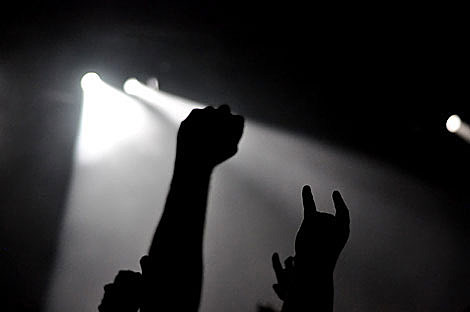 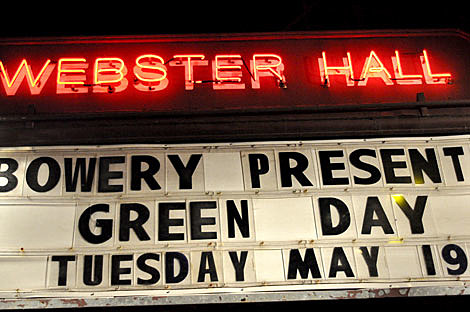 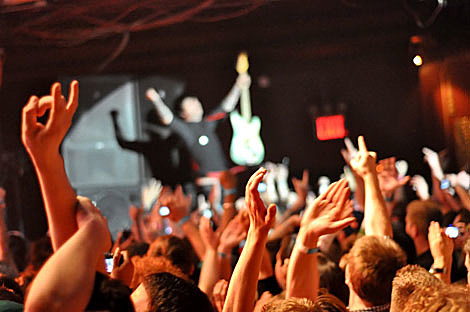 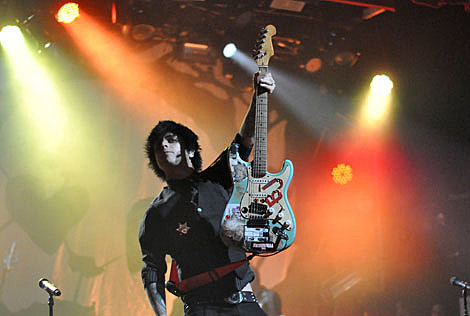 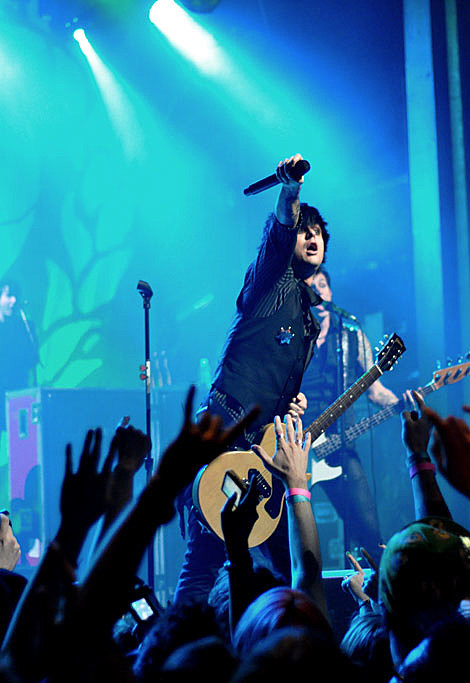 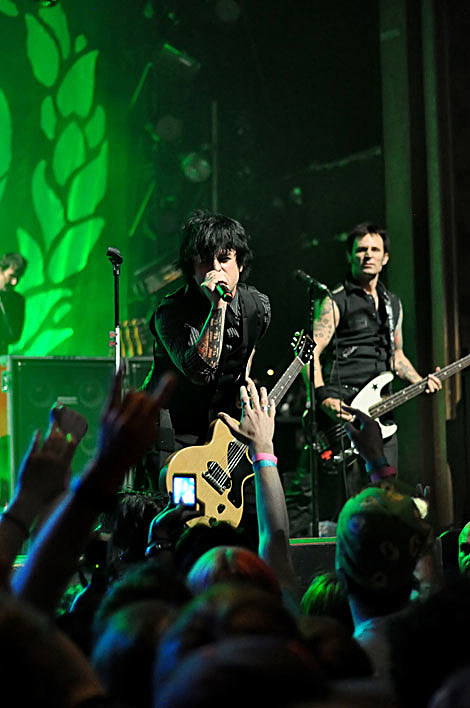 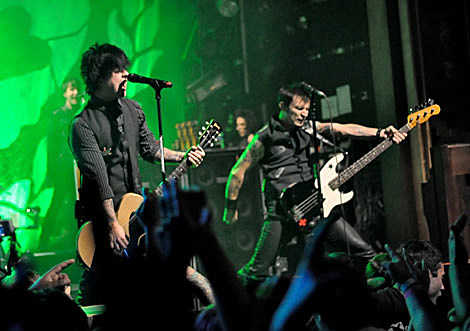 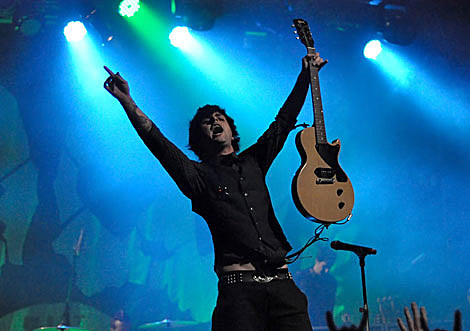 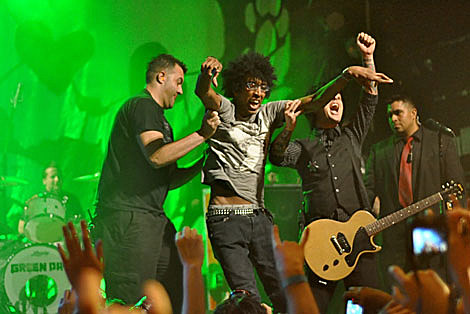 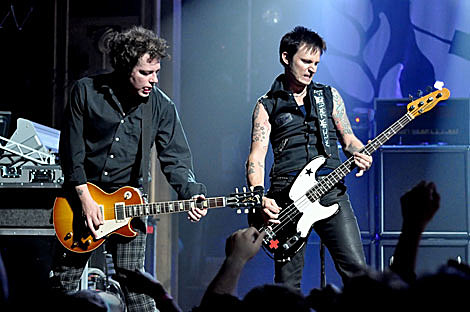 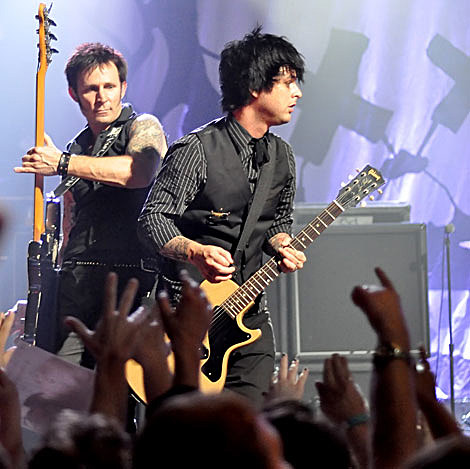 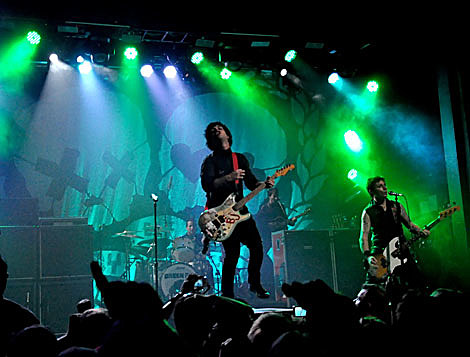 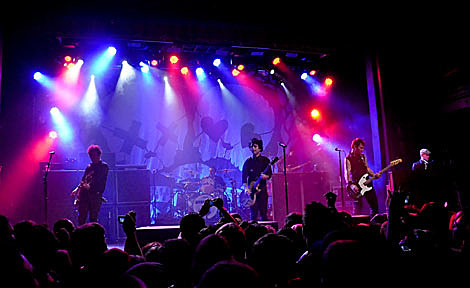 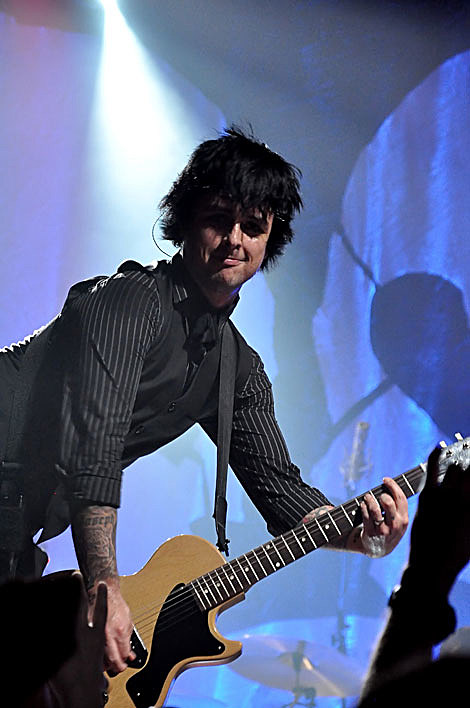 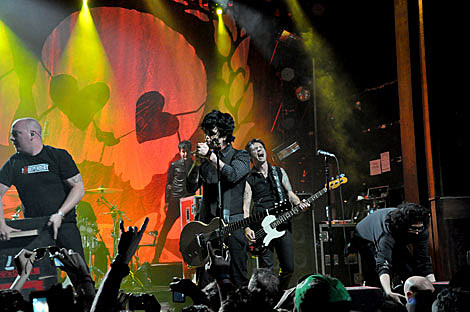 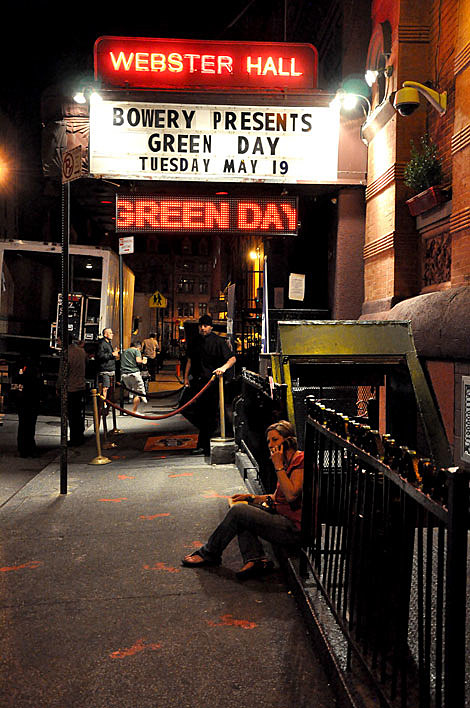 Green Day is also playing two nights at Madison Square Garden this summer (if you're into that kind of thing).