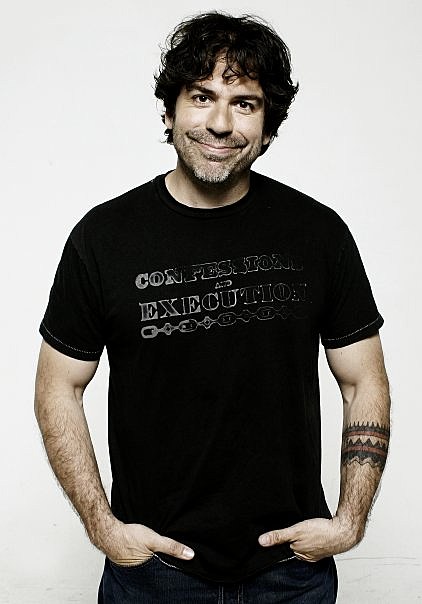 Even though I'm an active member, I find Twitter to be a mind-numbing nuisance on about 97 different levels. For example, from where I'm standing, it looks like a veritable batting practice for your funny and unfunny friends to workshop really lame observations and supremely terrible Seinfeldian puns. Few things are sadder than seeing one of your "in reality" soft spoken, non-jokey mates attempt humor in blurb-speak. Also, if something epic (good or bad) happens, you are faced with the irritating mind-fuck that is seeing hundreds of peoples' 140 character takes (many of which are identical) on said epic event. Therefore, no sane human being should be exposed to that site for more than 5 minutes at a time, 10 times a day, max.

What's my point? Well, I don't know. But what I do know is that Twitter is sometimes the best place to get really, really bad news; you cannot help but be succinct and straight to the goddamned point. Which is exactly what happened this afternoon when I saw Patton Oswalt's tweet, "Really, Universe? Greg Giraldo? Fuck off." I didn't want to believe what those 6 words were implying, but a trip to Dead Frog and google quickly brought my worst fears to reality. Roast Master, gut-bustingly hilarious, and supremely great guy Greg Giraldo passed away this morning after overdosing on prescription drugs just a few days ago. I honestly don't know (or care) how Giraldo was regarded by the so-called alternative comedy community, but, personally, I thought he was one of the best out there. Greg was an absolute pro who at turns could kill me with a pretty banal joke and then a second later kill me again with some seriously disgusting blue material. He wasn't just some comedian who frequented the Comedy Central Roasts... he was one of the guys on the panel whose presence was not only a given, but was also an eagerly awaited highlight. And he was smart as a whip. His comedy speaks for itself, but I think few people realize that he began his career as a lawyer, graduating from Columbia University and Harvard Law School. He was also a native New Yorker and the father of three boys. Nobody saw this coming. I simply cannot get my head around the fact that he's gone.

Giraldo was also a Tweeter/Twitterer. He only squeezed out 29 tweets and had about 6000 followers. Yet, one of those tweets from less than a month ago resonates more than ever now.

Very sad about comedy great Robert Schimmel. We lost a brilliant brave and original comedian and one of the most decent guys I've ever met. -- Greg Giraldo, 9/4/2010