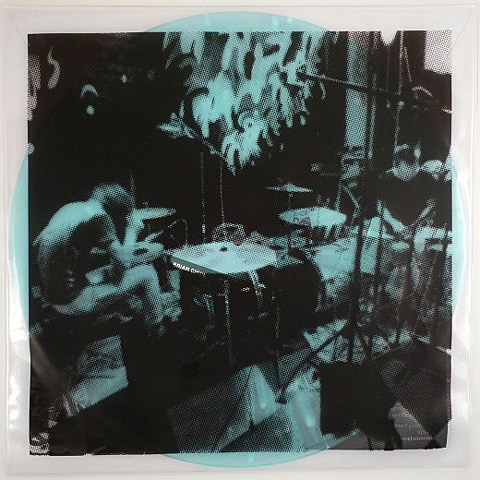 There's just three shows left at Death by Audio. Last night's "Top Secret!" headliners were Thee Oh Sees and main man John Dwyer said onstage, "We're here for two nights." He didn't say "in a row" but seeing how they play Warsaw with Jack Name on Friday (tickets) and are at M for Montreal on Saturday (snowstorms permitting), the other night in question seems to only be one option. But who knows? As for the rest of the lineup, DbA has posted up today's clues:

Well shucks! looks like i forgot to mention one of the players last night, slipped my mind! Well tonight i wont try and pull the Wool over your eyes, and jack you all around with this name game, ive been actin like a kid! Anyway i apologize for all the tomfoolery, and ill sees ya tonight!

Ok, sleuths, what does it all mean?

If you're going to go to one of these last three nights, do make sure to spend some time in the Death by Art installation which has a lot of cool stuff to see. You may have seen a monitor in the hallway showing a documentary about drummers Greg Saunier and Brian Chippendale titled Checking in at 20. It was directed by Matt Conboy who runs the DbA showspace (with Edan Wilber) and features interviews with Wayne Coyne, Tim Harrington, John Dwyer, Steven Drozd, Kid Millions, and rock journalist Michael Azerrad. You can watch the whole thing (via Pitchfork) below. Both Saunier (with Deerhoof) and Lightning Bolt's Chippendale (as Black Pus) played Death by Audio in the last few weeks.

Meanwhile, Saunier and Chippendale also have an album out via Famous Class. The self-titled LP features two side-long improvisations, and is limited to 500 copies. Order yours now.