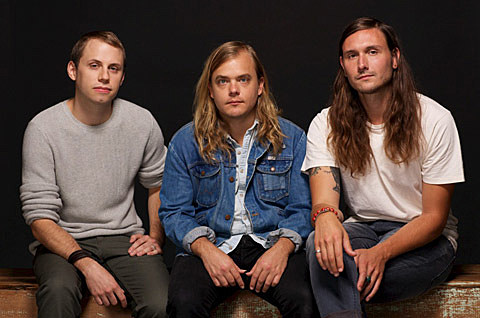 The three members of Greylag are all from various parts of the South but found each other in Portland, OR. Forming about four years ago, they honed their brand of rock, which seems born of early-'70s rock influences. The band's self-titled debut album, produced by Phil Ek (Built to Spill, The Shins), will be out October 14 via Dead Oceans. (Pre-orders are up now.) We've got the premiere of "Yours to Shake" which shows off both their folkier and rock sides. Stream it below.

The band have West Coast tour dates line-up for right before the album's release. No East Coast shows at the moment but stay tuned. All dates, plus the song stream, below...