Greys at Death by Audio in May (via BrooklynVegan Instagram) 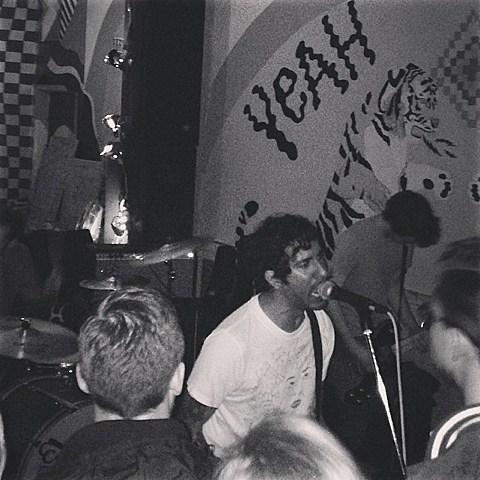 Greys have never been shy about their '80s/'90s punk/post-hardcore influences. There's a song called "Guy Picciotto" on their Carpark debut, If Anything, and the band have now paid more respects to their influences by covering Mission of Burma's "That's How I Escaped My Certain Fate" in a new Daytrotter session. You can stream the new cover below.

They've also announced a tour with fellow Canadian punks The Dirty Nil. That tour hits multiple US and Canadian cities including NYC on August 18 at Baby's All Right with Hector's Pets and Washer. Tickets for that show are on sale now. All dates are listed below.