Greys in Chicago in 2013 (more by Zach Pollack) 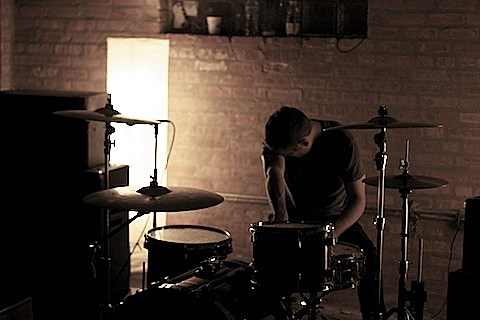 As previously mentioned, Toronto punks Greys are releasing their debut LP If Anything, on June 17 via their new label home of Carpark, and since we last spoke they released its first single. The track's a minute-and-a-half punk ripper called "Guy Picciotto" whose records with Fugazi and Rites of Spring may have taught Greys a thing or two. Check out the song below.

Greys were supposed to play a show with fellow loud Canadian bands HSY and The Beverleys at Death by Audio this March, but a van problem caused them to cancel the show. The bands have since rescheduled, and will now hit DbA on May 16 together. Greys and HSY each have a few other dates (no others in the US), all of which are listed below.

HSY are also releasing a new 7", "Cyber Bully" b/w "Phantasm Blast" on June 2 via Too Pure/Buzz Records (the latter is also Greys' label in Canada). They've just unleashed its menacing a-side, which is moodier and more devilish than other stuff we've heard from them in the past. The reverbed-out screams sound like something jacked from the audio of an old horror film, and the band's mid-tempo chug is the perfect backdrop. Listen to that below.

The Beverleys' latest release is their 3-song EP which is out now (also on Buzz) that we said mixes dark '80s post-punk, '90s rock, and sneering attitude-filled vocals. If you haven't heard that yet, you can stream it below as well.

Greys and HSY's dates are listed, with all streams, below...