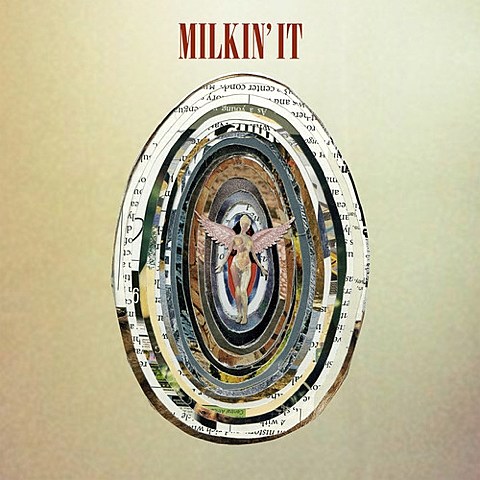 The 20th anniversary celebrations for Nirvana's In Utero continue this week with, Milkin' It, a tribute album from a number of Toronto bands co-curated by Greys, The Wooden Sky, and the Hand Drawn Dracula label. In addition to Greys and The Wooden Sky, the compilation also features covers from Beliefs, Teenanger, Absolutely Free, Odonis Odonis, Hooded Fang, HSY, and more.

For the album, Greys took on In Utero's second track, "Scentless Apprentice," and that cover makes its premiere in this post. The headbanging riffage and dissonant chorus of this one was a great choice for the noise punk quartet who probably owe more than a little of their sound to tracks like this one. They do the song the justice it deserves, and you can listen for yourself, below.

Greys will also be in NYC soon for CMJ (as will a few other bands on the comp). Their currently announced shows include Cameo on 10/15 with Hunters, PUP, Big Ups, Kirin J Callinan, and Ovlov; and the Brixton Agency/MezzoForte showcase at Grand Victory on 10/17 with Pity Sex, Dads, Ovlov, Kal Marks and more.

All of their dates are listed, along with the song stream, below...