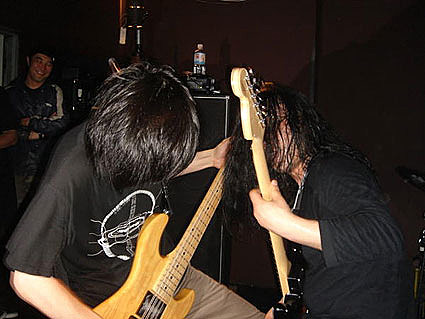 Some days you just have to get down on your knees and thank the dark lord below for blessing (damning?) you with shows like the one tonight, August 14 - the first night of a six day tour by GridLink, Hayaino Daisuki, and ASRA. The show is at The Wreck Room in Bushwick in Brooklyn. All dates (including a Jersey City show) below.

Adding to the mayhem, venerable powerviolence-ers Weekend Nachos (best name ever? especially in context) will headline the show, with The Communion also on hand for the festivities.

Black Box's own ASRA are also on the tour and they've been (un)kind enough to drop a "Payload" of their own for download above. They're also currently streaming a few other tracks at their myspace. 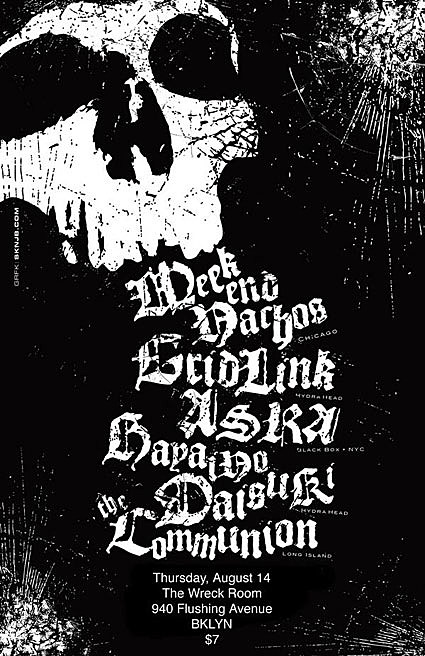