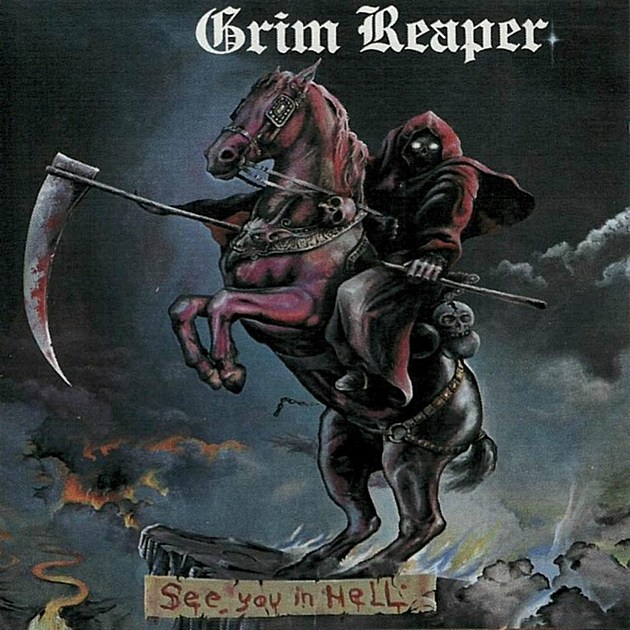 Grim Reaper, one of the more badass wailing '80s metal bands, are touring the US once again this year. The current lineup only has frontman Steve Grimmett from the early days, joined by a trio younger guns. As we mentioned in 2014, their first new album since the '80s is on the way, and it's expected this year. It's called From Hell, and while a release date still hasn't been revealed, you can watch them playing the title track live, below.

The tour kicks off in NYC with a show on March 18 at Saint Vitus and a TBA show on March 19. The Vitus gig has them joined by October 31, Psychoprism and S.A. Adams. Tickets for that show are on sale now.

All dates are listed, with a stream of their classic debut album See You In Hell and that new song, below...