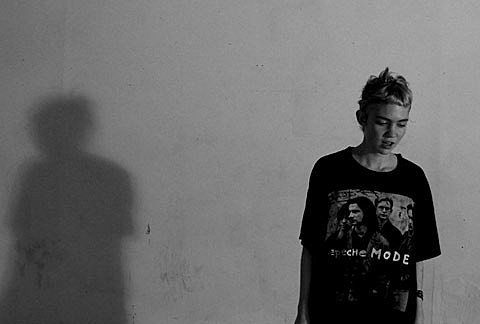 Montreal's Grimes are swinging through town in the next week on their way down to SXSW, playing Silent Barn on Monday (3/7). Did anyone go see Grimes when they were here last October? The pseudonymn of artist Claire Boucher, Grimes latest, Halafaxa, is still a "pay what you want" download from their label's website. Ethereal, occasionally dub-infected and danceable, Halafaxa should appeal to fans of Delorean and Sally Shapiro (or even old 4AD bands like This Mortal Coil or Dif Juz). Definitely worth a click. You can download "Devon" from it at the top of the this post to give you a taste.

If you're heading to Austin this year, Grimes is playing a bunch of times during the week, including Tuesday, March 15's M for Mikey Montreal showcase that also features Esben & the Witch, Delicate Steve, Diamond Rings and Dominique Young Unique... as well as a second official showcase on Saturday (3/19) where she plays with Montreal neighbors Braids who are playing the BrooklynVegan/M For Montreal party at Swan Dive/Barbarella that same day (more details TBA soon!). All tour dates are below. 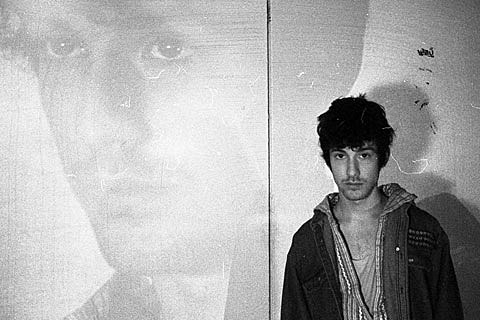 Also playing the Silent Barn show and touring with Grimes down to Austin is Toronto artist Doldrums, aka Eric Asher who some of you may remember from the band Spiral Beach (they opened for Sloan at Bowery Ballroom back in 2007). Doldrums shows are a mix of live performance, samples and distorted video projections and his new single "Euphoria" is out now on Toronto label We Are Busy Bodies and you can watch the video for it below. You can also check out Doldrums track "Parrot Talk" at the top of this post.

Doldrums play SXSW as well, including the official We Are Busy Bodies showcase on Thursday, March 17 with Japanther, Zoobombs and Neon Windbreaker. All Grimes/Doldrums tourdates are below.