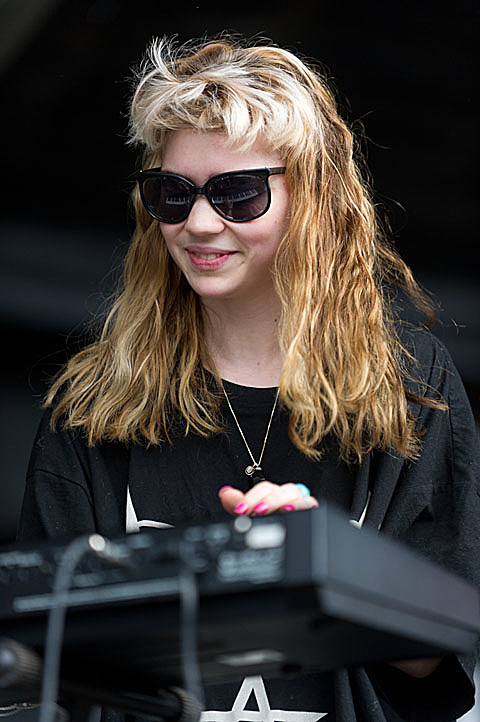 Avant popper Grimes (aka Claire Boucher) has revealed that she's signed to 4AD, who will release her upcoming album, Visions, which was originally set to be released on January 31 via Arbutus. 4AD will release the record on February 21 in North America and March 12 everywhere else. As she points out on twitter, the album will still be released on Arbutus in Canada, "which is a label [her friends and her] run out of Montreal." She also mentioned that she's honoured to work with 4AD, who she said is "a record label I have admired since I was 13 and first heard the cocteau twins and realized girls can make music, and goth is sick."

So far, two tracks have been revealed off of Visions, which is shaping up to be one of the most promising albums of 2012 so far. Those tracks, "Genesis" and "Oblivion" can be downloaded above and streamed below. They both show Claire Boucher refusing to decide between pop radio stardom and weirdo synth labs, and the result is something that's pretty hard to stay away from.

Grimes will be heading out on a tour in the upcoming months, most of which is with fellow pop destroyers Born Gold. That tour brings them to NYC on March 23 at Mercury Lounge and March 24 at Glasslands. Tickets for the Mercury show and the Glasslands show are still available. Updated dates are listed below. 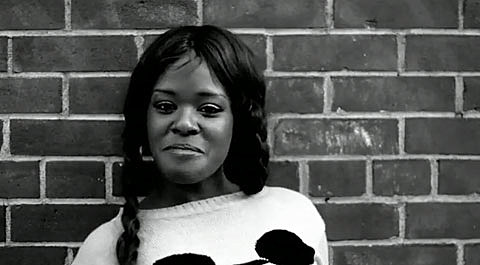 Speaking of daring female artists and Beggars Group labels, Azealia Banks, who if you haven't heard yet, placed #3 on BBC's 'Sound of 2012', is NME's coolest person of 2011, is getting tons of love from Pitchfork, and also has two of the most last-minute killer 2011 tracks with "212" and "Liquorice" (in addition to some other solid cuts floating around like 2012's Scissor Sisters collaboration "Shady Love"), spoke to Self-Titled about her feelings on her former label, XL Recordings. The Daily Swarm points us in the direction of the following quote:

"As soon as I started putting out tracks I was getting attention. Diplo kept talking about me, and that's when XL hit me up. They flew me out to London, and the original idea was to have me work with Richard Russell, and I got signed to this development deal. Richard was cool, but as soon as I didn't want to use his beats, it got real sour. He wound up calling me "amateur" and shit, and the XL interns started talking shit about me. It just got real fucking funny. I was like, "I didn't come here for a date. I came here to cut some fucking records." I got turned off on the music industry and disappeared for a bit. I went into a bit of a depression."

Meanwhile, she's currently working on her debut with Paul Epworth, who has also worked with Florence and the Machine and Adele. She also revealed via Twitter that she's the first confirmed artist to play Coachella, which as mentioned is taking place over the course of two weekends this year (Apr. 13-15 and Apr. 20-22). So much for that fake lineup. Check out the video for "212" and the video for "Liquorice" below.